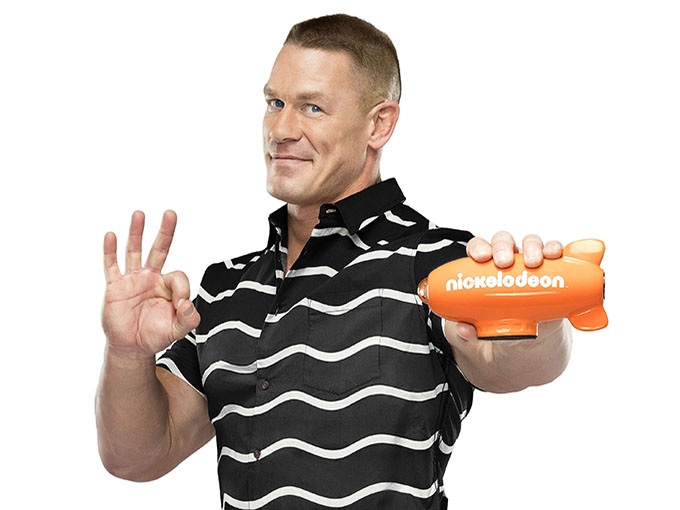 Nickelodeon and the wrestling star are partnering on three new projects in 2018, including Cena's second stint as host of the Kids’ Choice Awards.

Nickelodeon has announced that WWE star John Cena will return to host the 2018 Nickelodeon Kids’ Choice Awards for the second time on March 24. But the collaboration won’t end there. Additionally, the network is partnering with Cena on two new projects.

Cena will lend his voice to an original villain named Baron Draxum in the 2D-animated series  Rise of the Teenage Mutant Ninja Turtles, set to premiere later this year. Baron Draxum seeks to turn all of humanity into mutants, and the reoccurring character will make his debut in the series’ premiere episode. Rise of the Teenage Mutant Ninja Turtles is co-executive produced by Andy Suriano and Ant Ward.

Cena will also take on the role of executive producer for the brand-new competition series Keep It Spotless, which will also debut later this year. The show features kids going head-to-head in a variety of physical and paint-filled challenges in a battle to stay clean. After each game, a 360-degree scanner will measure each team’s mess to determine who kept it the most tidy.

Keep It Spotless is produced by ITV Entertainment and Hard Nocks South Productions, and is based on a UK format from Possessed.

The deals come as Cena continues to ramp up his film and TV presence. The former wrestler recently voiced the titular character in Fox and Blue Sky Studio’s Ferdinand, and he has upcoming roles in 2018 feature films Blockers and Bumblebee.