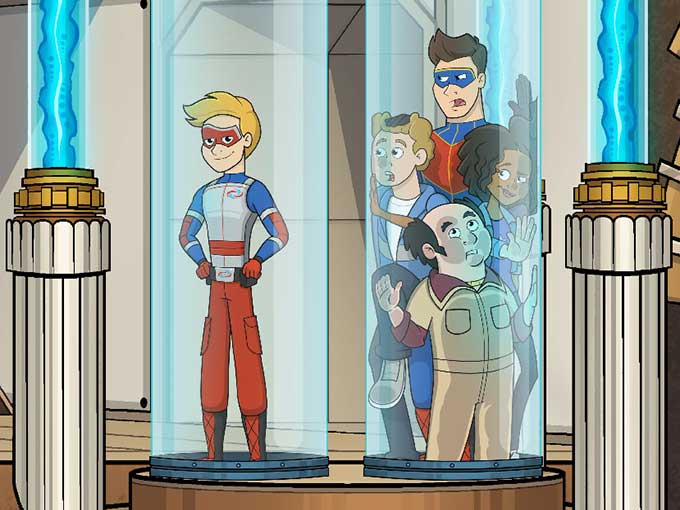 The US kidsnet is premiering its animated Henry Danger spinoff, The Adventures of Kid Danger (pictured), with 10 episodes on January 19.

Nickelodeon is set to debut its new animated series The Adventures of Kid Danger on January 19. The 10 x half-hour show, which debuted on Nick in 2015 as digital short-form motion comics, will continue to air in a Friday evening timeslot on the US kidsnet.

Following Kid Danger and Captain Man as they head out of new adventures battling criminals and super villains, the series is based on the characters from Nick’s Henry Danger. As such, the original Henry Danger live-action cast will continue their roles as voice talent on the brand-new toon.

The Adventures of Kid Danger‘s first two episodes will be available on the Nick App and Nick.com for download on iOS, Apple TV, Amazon Fire TV, Roku, Android, Android TV and Nick On Demand. They will also be available for purchase on iTunes, Amazon, Google Play, Vudu, Xbox, PlayStation.

Season four of Henry Danger will continue to air on Nick throughout 2018, after the series was renewed for a fourth season with 20 new episodes in late 2016. The Dan Schneider-produced show is one of the most popular series on Nick, ranking first with kids ages two to 11 and kids ages six to 11 on all TV in the US in 2016.