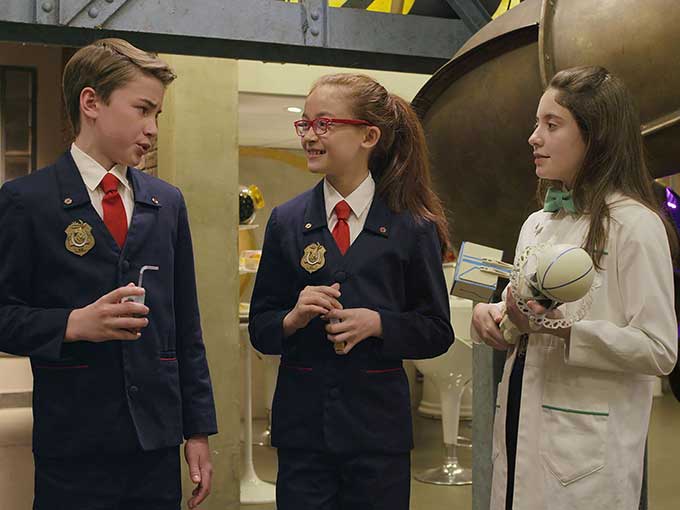 PBS KIDS it set to debut a new one-hour Odd Squad movie, Odd Squad: World Turned Odd, on January 15. The TV movie is based on the Emmy-winning series produced by Sinking Ship Entertainment and The Fred Rogers Company.

In Odd Squad: World Turned Odd, agents Oona, Olympia and Otis accidentally change the past and undo every case they’ve ever solved. They have to embark on a mission to set things right using math skills and teamwork. The movie will bow with a new game, Odd Squad Puppy Quest, released on pbskids.org and the PBS KIDS Games app.

Recently, Sinking Ship signed a raft of global deals for Odd Squad‘s second season, and scored a deal with Fun.com to create costumes and dress-up clothes inspired by the series that will hit stores next year.