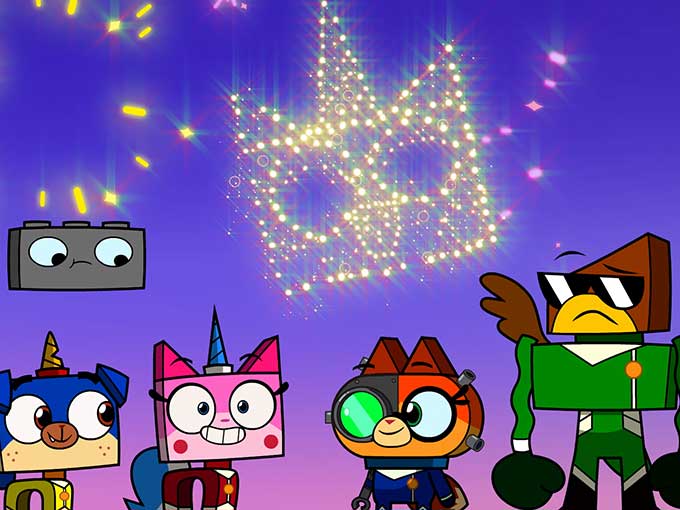 The US net will premiere six episodes of The LEGO Movie spinoff series on January 1.

Cartoon Network is set to release Unikitty!—a spinoff series based on the popular LEGO Movie character—on January 1. Produced by Warner Bros. Animation, the toon’s initial episodes will rotate throughout the day on linear broadcast and will also be available on CN’s digital and mobile platforms including the Cartoon Network App.

Following its premiere, additional Unikitty! eps will air on Friday evenings on Cartoon Network. The half-hour series follows the titular character, also known as Princess Unikitty, who morphs into Angry Kitty if crossed. It was greenlit by Cartoon Network in May, and features voice actor Tara Strong (Teen Titans Go!) taking the reins from Alison Brie, who played the character in the 2014 movie that grossed US$469 million at the global box office.

LEGO Movie directors Phil Lord and Christopher Miller serve as executive producers on the show. Dan Lin, Roy Lee, Jill Wilfert and Sam Register, who all worked on The LEGO Movie and this year’s The LEGO Batman Movie, are also producing.

The series is part of a longstanding partnership between The LEGO Group and Cartoon Network, which has churned out LEGO DC Comics: Batman Be-Leaguered, LEGO Star Wars: Empire Strikes Out, LEGO Star Wars: The Yoda Chronicles, LEGO Nexo Knights (which premiered in January 2016) and Mixels, a multi-platform IP including animated shorts, digital games and collectible building toys that launched in 2014.