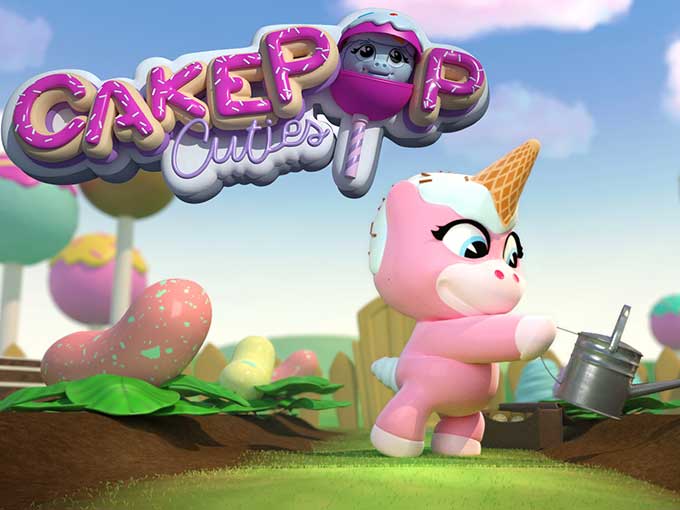 The toyco is releasing an animated YouTube series this month to support the 2018 global launch of its new collectibles line.

The Cake Pop Cuties brand is created in collaboration with Brandberry. Initial collectible toys will launch globally at retail in January, and will feature a squishy cast of characters sold in blind capsules resembling cake pops.

The new line comes as collectibles continue to significantly impact the global toy market. The NPD Group toy analyst Juli Lennett, for one, recently told Kidscreen that collectibles make up 10% of all US toy sales, with that number expected to continue into the holiday season.

Collectible toys brands L.O.L. Surprise! Doll Assortment (MGA Entertainment), Fingerlings Monkey Assortment (WowWee) and Hatchimals Pengualas Pink Egg Assortment (Spin Master) all topped NPD’s predictions for the hottest toys this year. Overall, the collectibles market grew by 33% in the US in 2016, bringing in US$1.8 billion in sales, according to NPD. Mystery packs, on which Basic Fun! is banking, grew by a whopping 60% last year.