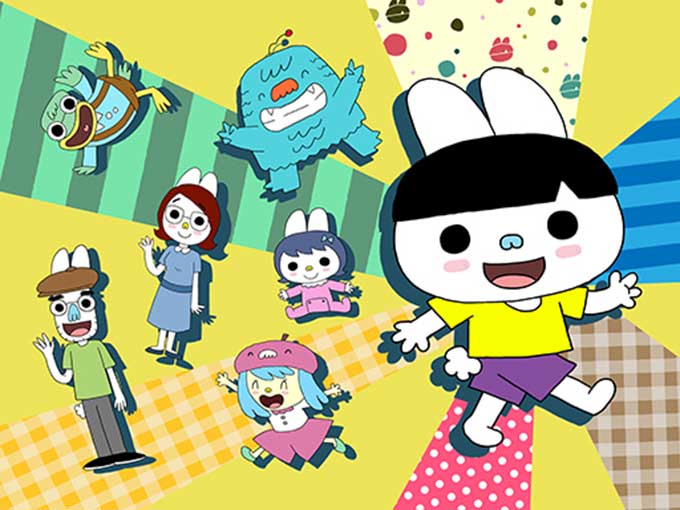 Over the course of the three-day, Kidscreen-produced event, broadcasters (including Disney and Netflix), co-producers, distributors and investors from Asia Pacific and the global marketplace were introduced to a diverse lineup of projects encompassing all genres and styles.

One of the event’s most-talked about presentations was Cican (pictured) from production company Hellomotion, one of three Indonesian studios making their AAS debut. Based on a popular Indonesian publishing franchise of the same name, and bolstered by a growing licensing program and YouTube presence, the 39 x seven-minute, character-driven preschool concept follows the imaginative adventures of the titular character at home and at school. The 2D-animated series drew praise from multiple broadcasters including Netflix, Disney and Astro Malaysia, as well as distributors eOne and Cyber Group Studios US.

“There is so much to love about the property. Whoever picks it up is going to be very lucky,” says Reinseth, who was attending AAS for the first time. “I love that the idea started with the creator’s family, but even if you don’t know anything about the back story, his family’s love shows up on screen.”

The potential of Cican was also not lost on Astro Malaysia, though according to the broadcaster’s head of animation and merchandising, Hsu-Teik Goh, the company requires a broader examination of the IP.

“We’re always excited to get pitched content ideas like Cican, and what we try to do next is to assess the viability of the show from a 360-degree perspective,” says Goh. “Through our own experience and observation, what works really well in one territory is sometimes hard to translate across borders. However, it was certainly encouraging to see and hear first hand that many global broadcasters and international networks loved the IP, and it would be remiss of Astro if we didn’t explore it further.”

Bazay noted that the addition of great music and songs to Cican would strengthen its ability to travel, and that demand for more diverse programs from around the world is growing.

“When I started out in the industry, a lot of the broadcaster notes I received wanted to strip culture out so shows would be global and land in every market. What’s exciting now is culturally specific content is super-exciting, relevant and also global,” she says. International kids shows, in fact, are currently driving more viewing on Netflix than North American kids programs, according to recent figures presented by the SVOD’s head of global kids, Andy Yeatman, at MIP Junior.

As for creator-led comedy pitches at AAS, a pair of Australian projects—The Jan and Rai Show from BES Animation (Monster Beach) and Wormholes from Oh Yeah Wow—garnered significant buzz. Based on an original concept from BES creator/director Lluis Sanchez, the former is inspired by animation styles from the ’30s and ’40s, as well as absurdist humor from modern shows like Rick & Morty.

“With Jan and Rai, I love the style of animation. It brings it right back to the Looney Tunes days, which you don’t see a lot of today,” says Nickelodeon Australia programming manager and AAS first-timer, Monika Spassova. “In terms of Wormholes, it has that comedic irreverence and main characters that are relatable to kids, both of which are very important to us.”

For Turner Broadcasting Asia Pacific’s senior director, Silas Hickey, Wormholes offers much more than a unique comedic vision. “I’m attracted to its hand-drawn tactility, which is not just a point of difference. It’s something that really resonates with kids because it looks like it has a human touch and exists in real time and space. It’s different, but it has an auteur kind of feel. I think we’ll see a lot more of this,” says Hickey.

Two Malaysian projects—RPG gaming-based comedy Ridiculous from Illusionist Animation Studio and adventure/comedy Next Quest from Lil’ Critter Workshop—also earned a considerable amount of praise. For Miller, who last attended AAS five years ago in Kuala Lumpur, the conference has grown considerably, along with the creative talent involved.

“It’s come a long way. The inclusion of China is important, too, and it’s great to see people during breaks, lunches and cocktails really connecting with each other,” she says. “We’re seeing partnerships and relationships form that don’t happen so much at traditional markets.”

As for challenges in the region, Bazay says there is still work to be done on the writing and storytelling front. “Our responsibility as broadcasters is to find a way to elevate the storytelling and to work really closely with these studios to make sure that the stories land because the designs and the quality of the animation are there, and better than a lot of the animation we’re seeing from around the world.” she says.

For Spassova, producers in the region can improve by focusing on the core concept of a show and drilling further into character motivation, stakes and conflict. “A lot of the projects have great overall concepts, but when it comes down to the nitty gritty of what the idea is and what the show is, sometimes it’s a little hard to gauge that,” she says. “The animation and the characters are great, but when it comes to what’s moving the story along I think some of the projects are having a hard time with it.”

Looking at cultural differences in gender representation, ABC’s head of children’s and education, Micheal Carrington, says views in the East are shifting on the writing side. “There is still a slight difference in the Eastern and Western cultures,” Carrington says. “Some Eastern storytelling continues to have submissive female characters in a way that we wouldn’t want to promote in the West, but Eastern writers are definitely changing that view and by working with Western writers I can definitely see an influence on the gender balance in characters.”

“We’re also seeing more archetypal characters than stereotypical characters come through, which is really encouraging, and greater emotional connections and interactions among genuine, rich characters,” Carrington adds. “This is not only driven by the increased expertise in storytelling, but also by the world around us, what children are experiencing, and the need to show joy, empathy and connectivity in today’s kind of disparate world.”