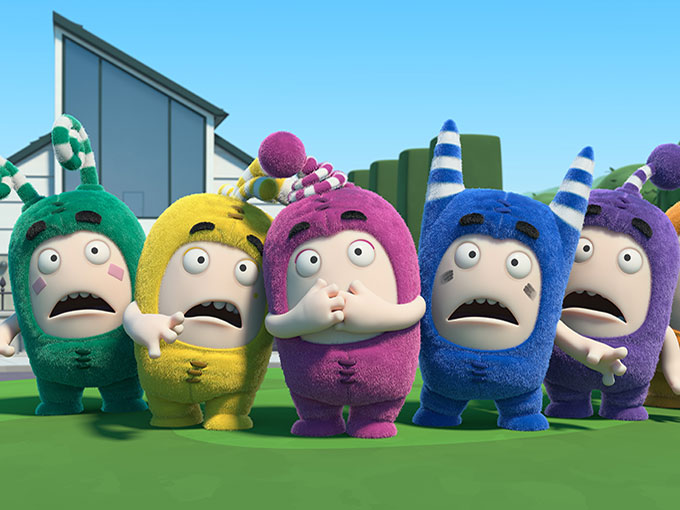 A new North American master toy partner, plus a number of European licensing deals, are part of One Animation's growing L&M strategy for the animated series.

One Animation has appointed Kids Station Toys as North American master toy partner for its animated comedy series Oddbods, while Bentex Group has been tapped to serve as the brand’s master apparel licensee in the territory.

Brokered by Brandgenuity, the Kids Station agreement will see the company create a range of branded interactive electronic toys, as well as collectibles, blind bags, playsets and plush accessories.

Bentex Group–including its divisions Extreme Concepts and H.I.S. International–will develop a line of kids apparel inspired by the colorful creatures in Oddbods. The licensed products, including t-shirts and fashion tops, will launch in retail in fall 2018.

On top of its new North American licensing partners, One Animation has inked new European agreements across a number of categories. Confectionery and juices from Talent Show will launch in Central Europe in early 2018, and deals with Confitrade (fruit gums) and Balocco (Oddbods Easter Eggs) will come to fruition in March. Early 2018 will also see the launch of bedding and home textiles (Herding) across Germany, as well as a range of activity books and puzzle crafts (Nelson). Baltic will develop a line of back-to-school bags and stationery items, while Origami Group is launching a range of puzzles and an arts and crafts line in Russia.

Also in Russia, retail chain Europe will run a loyalty program across 50 locations next month. The initiative will distribute more than 100,000 Oddbods plush items, and is supported by TV advertising, outdoor media and in-store point of sale. In the UK, meanwhile, Coveris will provide promotional branded packaging for kids meals to the food service sector throughout 2018.