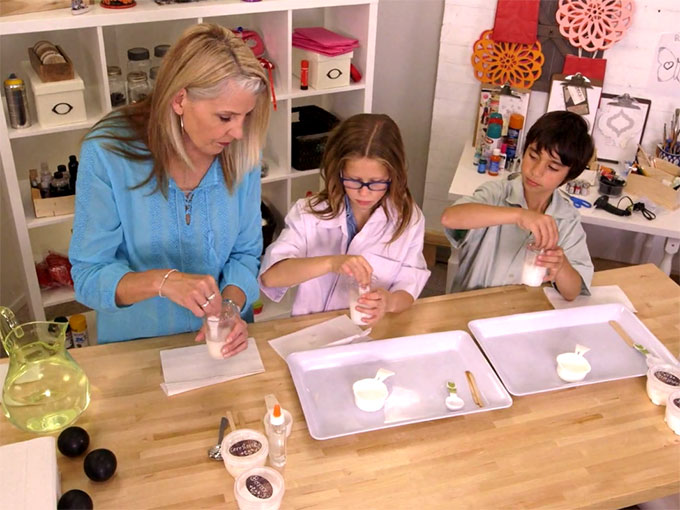 The sales -- Blue Ant International's largest in the region to date -- include MAKE IT BIG, make it small (pictured) and Deadly Australians.

Blue Ant International—the distribution arm of Canada’s Blue Ant Media—has announced a raft of children’s content sales to several broadcasters in the Asia-Pacific region, marking the company’s largest suite of deals in the territory to date.

The first season of MAKE IT BIG, make it small (pictured) has sold to Mediacorp in Singapore and TVB in Hong Kong. The seven x 60-minute series explores big ideas in science and technology, such as the Tyrannosaurus Rex and flying inside a wind tunnel. Each episode encourages kids to apply their new knowledge to DIY projects and crafts.

In India, Discovery pre-bought rights to Deadly Australians. The four x one-hour series from Wildbear Productions teaches children about venomous wildlife. Wild Survivors, Untamed Valley and I’ve Got Something To Tell You were also acquired by the network.

In September, Blue Ant Media moved into the kids distribution business with a slate of four new shows. The series, including Teddies, ZooMoo’s Wild Friends, Creature Mania! and Most Extreme – Alien Planet Earth, are being produced by Blue Ant Media’s global production businesses, Sydney-based Northern Pictures and Singapore’s Beach House Pictures. The move was a big step into children’s entertainment, with 200 hours of content aimed specifically at the preschool and kids market.