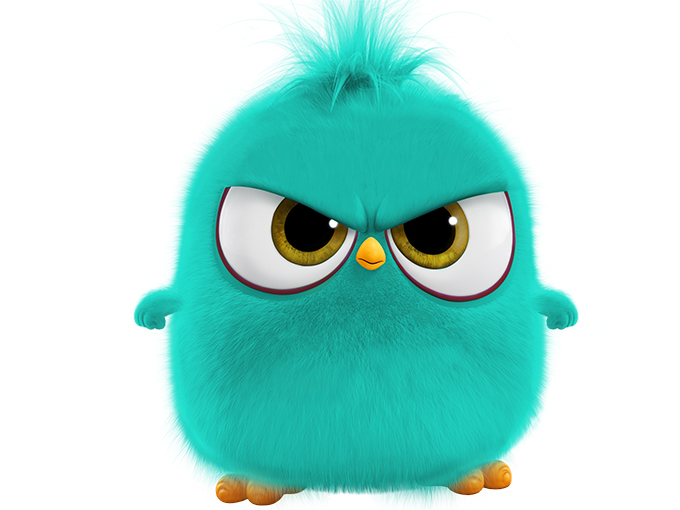 While Angry Birds' CP program ramps up, Rovio Entertainment has launched a mobile game and new animated content for its spin-off Hatchlings.

There comes a time when every bird must leave the nest, and Rovio Entertainment’s Hatchlings are ready to take flight. The colorful baby birds were the breakout stars of Rovio’s 2016 feature film The Angry Birds Movie (which grossed nearly US$350 million at the global box office), and now they have their very own mobile game.

Angry Birds Match launched on August 30. The puzzle game features more than 50 Hatchlings characters, and as players progress, new levels reveal additional outfits for the cute characters. “When we saw the pre-screenings of The Angry Birds Movie and these little baby birds, Hatchlings, we totally fell in love with them,” says Heini Kaihu, VP of games and head of studio at Rovio Entertainment. “Based on the way the fans reacted, we knew we had something. We started to think about how we could get the Hatchlings into a game.”

In September, Rovio also launched new episodes of its Angry Birds Blues series, which stars Hatchlings triplets Jake, Jay and Jim. The first 10 episodes of the animated series launched this spring on Rovio’s multiplatform VOD service ToonsTV before making the move to YouTube. Two new 2.5-minute episodes will be released on YouTube and YouTube Kids each week, for a total of 30 episodes.

“The benefit of Angry Birds is that the target audience is really wide, from kids to adults,” says Simo Hämäläinen, Rovio SVP of brand licensing. “We’re continuously looking for ways to further develop the world for fans, and Hatchlings provides a really interesting property to expand for girls.”

Rovio plans to grow its Angry Birds licensing program in the lead up to the September 2019 sequel for The Angry Birds Movie, and Hämäläinen says there will be a particular focus on Hatchlings. Key categories for the newest members of the flock will include toys, apparel and food and beverage.

The company’s consumer products plans follow significant growth. Rovio’s gross revenue for 2016 shot up 34% to US$201 million. The first half of 2017, meanwhile, has seen revenues increase by 94.3% to US$179 million compared to last year. And on September 5, Rovio Entertainment announced plans for an initial public offering. It will include a sale by Trema International Holdings, its largest shareholder, as well as the issue of approximately US$36 million in additional shares.

“It’s a very exciting thing for the company as it helps us spark our growth,” says Hämäläinen.

And according to Kaihu, the possibilities for that growth are endless.”We know the brand at heart,” she says. “When you do that, you can start thinking of all the ways you can expand it, its stories and its characters. That is, for us, a great inspiration.”