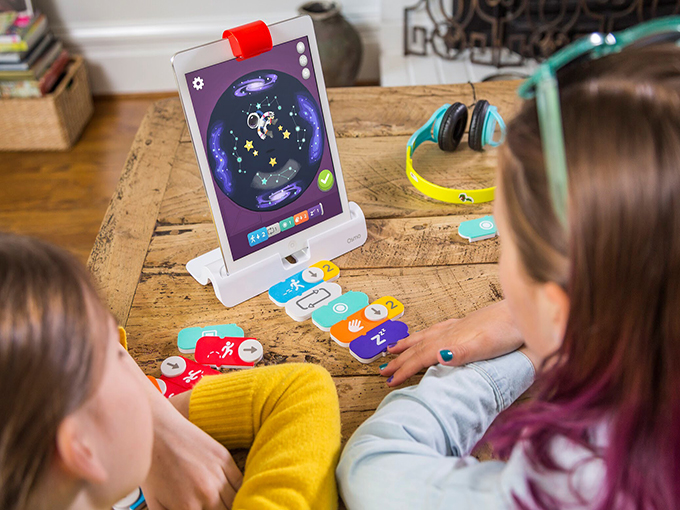 Sesame Workshop’s first foray into venture capital financing is out to invest in emerging companies that promote the education, health and social welfare of kids.

Under its Collab + Sesame Fund—a 50/50 partnership formed with VC firm Collaborative Fund in 2016 to focus on ventures in education technology, health and nutrition, and social, cultural and family development—Sesame Ventures earmarked US$10 million to support around 10 startups. And so far, it has brought Palo Alto’s AR and AI children’s company Osmo and San Francisco-based kids educational online marketplace Outschool into the fold.

The backing of Osmo is particularly timely. According to Venture Reality Fund’s AR industry landscape report, the number of North American companies focused on developing augmented reality applications grew by 60% in Q2 2017 versus the same quarter a year ago.

Osmo’s STEAM-based Genius Kit, which bridges physical and digital play for kids, also recently made Amazon’s top-100 holiday toy list for the second year in a row. It sits among a number of STEM-based playthings including Anki’s Cozmo robot and the LEGO Boost Creative Toolbox.

“Osmo is a more advanced company because it’s had a product in the market for a little bit longer, but we couldn’t help but notice their innovative work,” says Sesame Ventures COO Steve Youngwood. “Osmo made headway in a category that few companies have succeeded in, which is harnessing the power of iPads or iPhones with offline play to create an enhanced experience.”

Collab + Sesame led Osmo’s US$24-million Series B funding round in late 2016, along with Mattel, Houghton Mifflin Harcourt and Shea Ventures. The companies joined investors Accel, Upfront Ventures and K9 Ventures, which had previously put US$14.5 million into Osmo.

“When we joined, Osmo already had some big strategic partners, but they wanted us because of our experience in kids education and learning,” says Youngwood. He notes that Osmo is also using the funds to grow its marketing and sales force.

As a marketplace for more than 1,000 live online classes for K-12 children, Outschool is leveraging the investment to sign up more service providers and grow its user base. Its classes are offered by independent teachers via group video chat and messaging, and range from core academics to enrichment and practical skills.

“Our dialog with both companies has been great, and they’re growing. But the biggest challenge in partnering with early-stage companies is that it’s hard to know which ones will end up making a difference as a long-lasting institution,” says Youngwood. “So it’s less about predicting trends and more about hearing how great ideas and tech capabilities can be used to make a difference in kids’ and parents’ lives.”