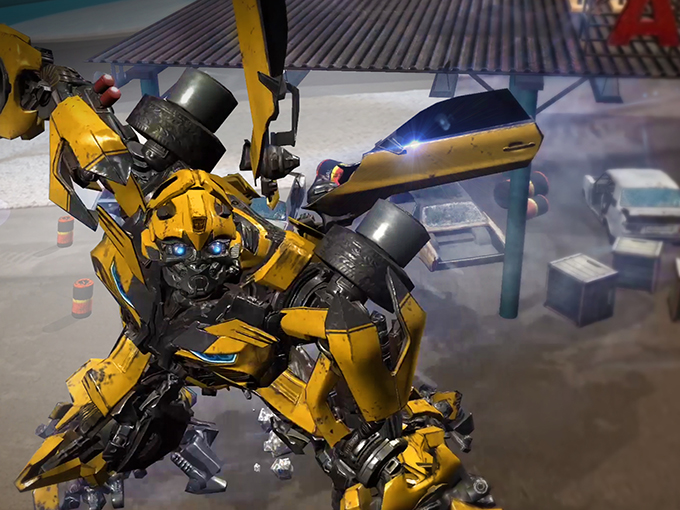 Free to download from the App Store until February 20, 2018, the experience was created using Apple’s new ARKit technology, which launched in September on iOS 11. ARKit gives millions of iPhone and iPad users the ability to place digital 3D projections in real physical spaces.

In Cade’s Junkyard AR Experience, users can control the actions of popular Autobot Bumblebee in a digitally overlaid setting designed as the virtual junkyard of Transformers: The Last Knight protagonist Cade Yeager. Users can direct Bumblebee while hitting, blowing up and interacting with various objects, which can be added to expand the experience.

The Transformers world also expanded into the mixed-reality content space this past summer with the first Transformers-themed AR and VR center located in Shanghai. The project is the first of multiple centers to open in China as part of deal between Hasbro and California-based media company DMG Entertainment.