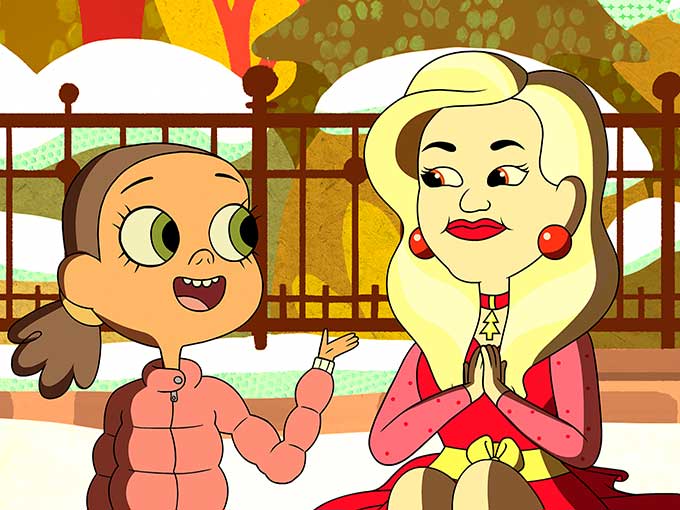 DreamWorks Animation Television's animated special Home for the Holidays will bow exclusively on the SVOD on December 1.

Netflix is getting into the Yuletide spirit with the upcoming exclusive release of DreamWorks Animation Television’s Home for the Holidays on December 1.

The animated special is based on DreamWorks Animation’s 2015 film Home starring Rihanna and Jim Parsons, which also inspired the Netflix Original animated series Home Adventures with Tip & Oh (which is currently in its third season).

Home for the Holidays follows Oh experiencing his first Christmas on Earth, while Tip is doing her best to explain human traditions. Singer Kelly Clarkson plays an animated version of herself, performing  “Oh Holy Night” and “Christmas is a Feeling.” Ben Schwartz (Parks and Recreation, DuckTales) also plays an animated version of himself and sings “Eight Days of Latkes” to spread Hanukkah cheer.

DreamWorks is the latest studio to announce a new holiday special this year, after Amazon Prime announced its holiday offerings including original specials Click Clack Moo: Christmas at the Farm and Pete the Cat: A Groovy New Year.