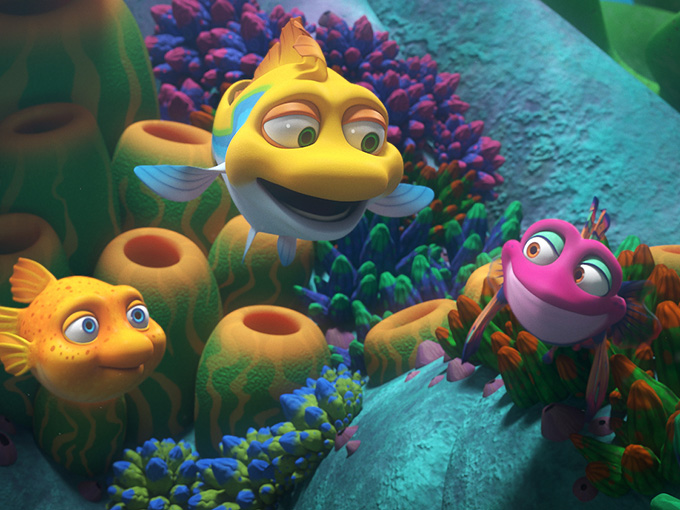 The US pubcaster will debut original holiday specials based on Splash and Bubbles (pictured), Cyberchase and Ready Jet Go!, as well as new digital games.

PBS KIDS is rolling out three new holiday-themed episodes of its popular shows Splash and Bubbles, Ready Jet Go! and Cyberchase. The episodes will air on PBS stations as well as pbskids.org and the PBS KIDS Video app throughout December.

Splash and Bubbles: Whitebeard/Coral Day will premiere on December 11 as a part of PBS KIDS Family Night. The first half of the episode follows Ripple as she is excited to meet Whitebeard, a mysterious creature who lives at the North Pole singing beautiful music. The second half is about the holiday season in Reeftown as everyone gets ready for Coral Day. It is produced by The Jim Henson Company and Herschend Studios.

Produced by Wind Dancer Films, Ready Jet Go!: Holidays in Boxwood Terrace will also premiere and stream on December 11, and then again on December 22 to 24. Part one of the episode follows Jet pitching an idea for the annual Christmas pageant. Part two follows Jet looking for Christmas spirit and getting an answer in a heartfelt conclusion.

Cyberchase: A Reboot Eve to Remember, produced by THIRTEEN, premieres and streams on December 29. It follows the characters leading up to Reboot Day when everything starts fresh, but Hacker wants to steal a battery that could ruin the whole thing.

On top of new TV episodes, PBS KIDS’ digital platforms will debut new holiday-themed games on the PBS KIDS Games App and pbskids.org. There will also be crafts and tips on holiday traditions available on PBS Parents, and holiday-themed resources for teachers on PBS LearningMedia for students pre-Kindergarten to grade 12.

To round out its holiday programming lineup, PBS KIDS will replay specials from previous years including Once Upon A Sesame Street Christmas, The Gruffalo, The Cat In The Hat Know A Lot About Christmas!, Peg + Cat +Holidays, Wild Kratts: A Creature Christmas and Curious George: A Very Monkey Christmas.