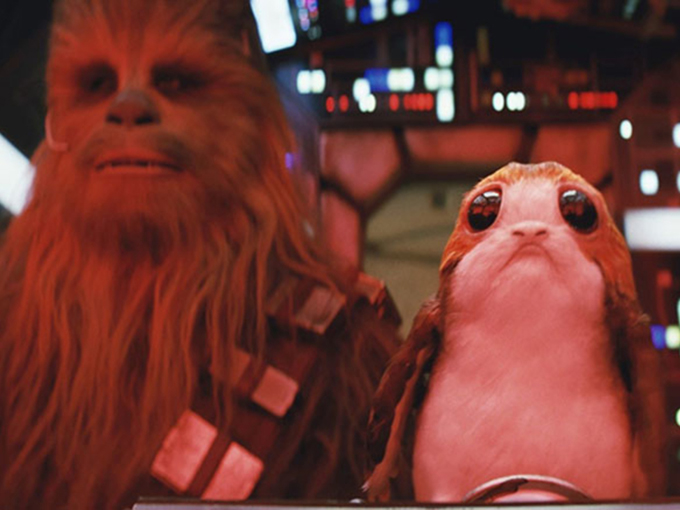 Amid declines in its cable, broadcasting and studio Q4 earnings, Disney has announced that The Last Jedi helmer Rian Johnson will create a new trilogy of Star Wars films and the company is launching new Star Wars and Marvel TV content for its upcoming subscription streaming service.

Ahead of the highly anticipated December 15 premiere of Star Wars: The Last Jedi, Disney has secured a deal with Johnson to develop a brand-new Star Wars trilogy that will be separate from the episodic Skywalker saga. The House of Mouse will also develop an original live-action Star Wars TV series for its direct-to-consumer SVOD service. The show is expected to launch by the end of 2019.

Other new programs heading to the SVOD will include original TV series adaptations of Pixar’s Monsters Inc. and Disney Channel’s High School Musical franchise. An original series from the Marvel universe is also in the works.
Disney’s SVOD is set to launch in 2019 and will have a lower monthly pricetag than Netflix, according to Disney CEO Bob Iger, partially because its content library will be much smaller.

The catalog will include Disney’s Star Wars and Marvel movies, as previously announced, and any new Marvel shows, which won’t be produced exclusively for platforms like Netflix unlike Daredevil, Jessica Jones, Luke Cage and The Defenders.

The declines were attributed to contractual rate increases for sports programming, lower advertising revenue and higher losses from equity investments in Hulu and direct-to-consumer streaming company BAMTech, which Disney bought a 42% stake in to help get its new SVOD off the ground.

The company’s overall Q4 revenue slid 3% to US$12.8 billion versus the same quarter a year ago.

As for its cable networks, operating income decreased US$15 million to US$1.2 billion due to a decrease at Freeform and partially offset by growth at the Disney Channels due to higher program sales. Further ESPN subscriber and ad revenue losses were also a factor in the decline.

On the film studio side, revenue dropped 21% to US$1.4 billion while segment operating income fell US$163 million to US$218 million. The decline was due to higher film costs, lower TV and SVOD distribution results and a lower revenue share from the company’s consumer products and interactive media segment.

Disney’s drop in theatrical distribution revenues was primarily driven by the under-performance of Cars 3 compared to Finding Dory in the prior-year quarter.

Disney’s Parks and Resorts segment, however, continues to show growth with revenue increasing 6% to US$4.7 billion, and segment operating income rising 7% to US$746 million. The higher results were due to international growth at Disneyland Paris and Shanghai Disney Resort, partially offset by domestic decreases, which were impacted by Hurricane Irma.

The earnings report comes amid Disney’s alleged negotiations with Fox to acquire some of its entertainment assets. Iger declined to comment on the circulating rumors during the company’s earnings call.