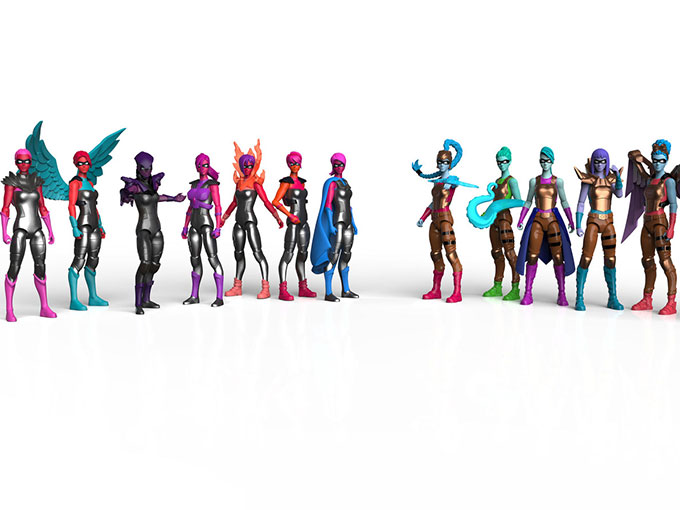 IAmElemental's line of female superheroes will be brought to life in a new animated series from The Jim Henson Company.

The Jim Henson Company is set to develop a new animated TV series based on IAmElemental’s line of female action figures.

Aimed at kids ages six to 12, the untitled, multiplatform toon will be executive produced by Lisa Henson and Halle Stanford, the company’s newly appointed president of TV. With a focus on the action figure line’s central female characters, the series is meant to fall in line with the company’s focus on girl empowerment, according to Stanford.

News of the series comes as female-centric superhero IPs—including DC Super Hero Girls, Miraculous: Tales of Ladybug & Cat Noir, The Powerpuff Girls and Mysticons—continue to take the TV and retail worlds by storm.