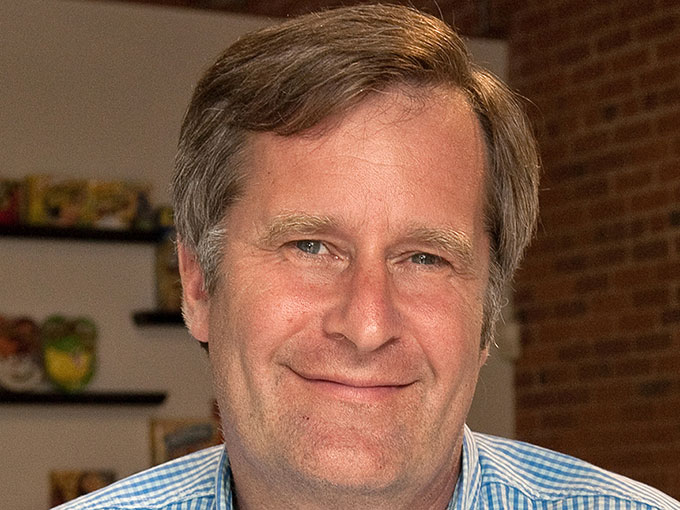 Kidscreen Summit 2018 will kick off with a Gen Z-themed keynote from researcher George Carey. Activist and famed actor Geena Davis and producer Marty Krofft are also set to speak at the event.

The growing power and relevance of Gen Z has extended to television content, apps, retail lines and, soon, Kidscreen Summit. Set to take place from February 12 to 15 in Miami, Florida, Kidscreen Summit 2018 will kick off with a keynote delivered by TED Talk speaker and Family Room CEO George Carey, who will track the shifting emotional landscape of Gen Z.

In a keynote address entitled “The Day the Universe Changed,” Carey will explore how today’s generation of kids will impact the where, how and what of youth media consumption, and recommend strategies for kids media players to reflect this new reality and elevate the emotional relevance of their properties and platforms with kids and teens. In particular, Carey will focus on paradigm shifts that have been brewing since 2016, a point in time that triggered the start of some astonishing shifts in the Passion Points Gen Z kids and teens are most focused on, leading to significant implications for the kids media industry.

Kidscreen Summit is also welcoming the return of actor Geena Davis, founder and chair of the Geena Davis Institute on Gender and Media. Davis delivered Kidscreen Summit’s 2016 keynote about gender and diversity in the content development process. The Oscar-winner is returning to Miami to unveil new research from her organization that focuses on how products are being marketed to boys and girls through the use of brand mascots.

Marty Krofft, president of Sid & Marty Krofft Pictures, will also attend Kidscreen Summit 2018 to lead a session entitled “In Conversation with Marty Krofft: Kids Entertainment Legend.” Along with his brother Sid, Krofft created H.R. Pufnstuf and The Land of the Lost in the 1970s. The duo made a comeback in 2015 with the launch of Mutt & Stuff on Nickelodeon and Sigmund and the Sea Monsters for Amazon Studios. The brothers are now working on Mayim’s WonderLab (starring The Big Bang Theory’s Mayim Bialik).

Last year’s Kidscreen Summit welcomed nearly 2,000 attendees from more than 50 countries, including more than 450 kids programming buyers and investors. Registration details for this year’s event can be found here.