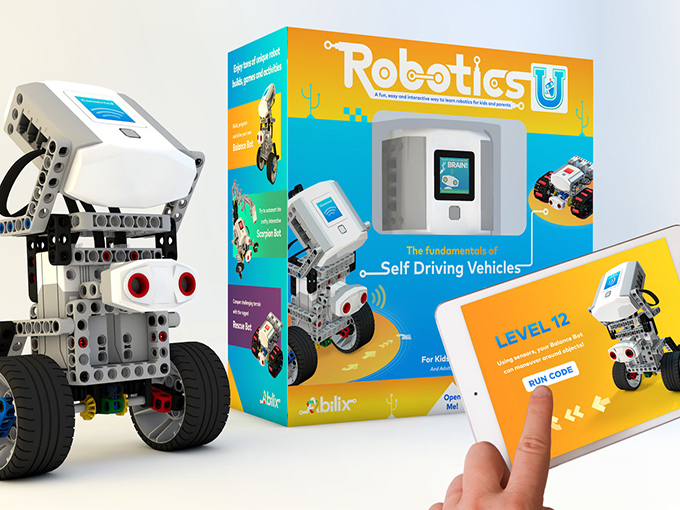 After a successful Indiegogo campaign, the line of bots for kids is now available in North America at retailers including Walmart and Amazon.

The US$199 experiential learning platform features four distinct robotics builds—a sensor- and motor-driven Scorpion Bot, an Arcade Bot that lets kids build tennis and memory games, a Balance Bot that teaches kids about the science behind self-driving cars, and an app-enabled Rescue Bot that can be programmed for obstacle avoidance and driven like an RC car.

The line also includes a full video curriculum and can help kids and parents get a better understanding of robotics, automation, computer programming and software engineering.

Following its Indiegogo campaign, which was 163% funded earlier this month, Robotics U is now available online at Walmart, Amazon and Sears, and at retail outlets including Fry’s Electronics, B&H Photo Video and Darien Sports. The line will also be showcased by Abilix at January’s Consumer Electronics Show (CES) in Las Vegas.

Since launching in 1996, Abilix has amassed more than 400 patents and grown its bot presence in 38,000 schools across Asia. Its Robotics U line joins an increasingly crowded space for kid-friendly specialized bots that teach STEM principles. Other hot products currently on the market include Elemental Path’s CogniToys Dino, LEGO’s LEGO Boost, Wonder Workshop’s Dash and Anki’s Cozmo.