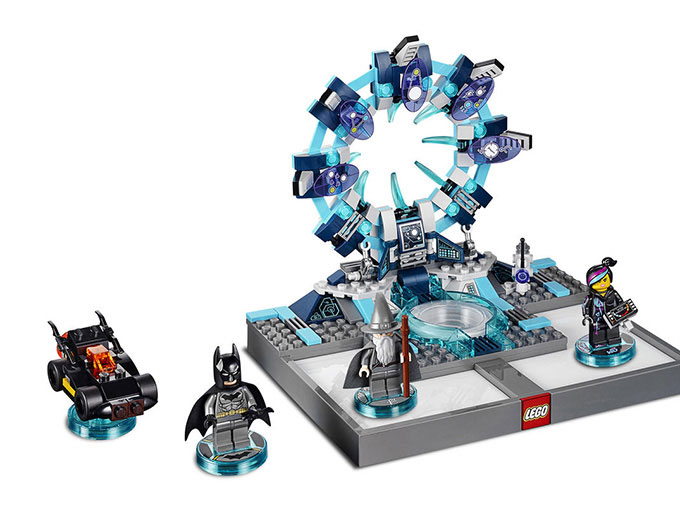 Warner Bros., TT Games and The LEGO Group have announced that no new expansion packs will be developed for the toys-to-life game LEGO Dimensions.

Warner Bros. Interactive Entertainment, TT Games and The LEGO Group have announced that they will cease production on further expansion packs for the toys-to-life game LEGO Dimensions.

Launched in 2015, LEGO Dimensions allows players to blend physical brick-building with an interactive video game that brought together a number of universes including DC Comics, The Lord of the Rings, and The LEGO Movie. The initial offering featured the video game, a starter pack that included the Lego Toy Pad (which lets players transport LEGO minifigures and objects into the game), bricks to build the LEGO Gateway, three LEGO minifigures and a LEGO Batmobile. Players could then customize their experience with additional expansion packs, based on properties like LEGO Ninjago, The Wizard of Oz and Back to the Future.

Moving forward, new expansion packs will no longer be made. Existing packs will continue to work and remain available for purchase, however, and Warner Bros., TT Games and The LEGO Group will continue to provide ongoing server and customer support for all LEGO Dimensions packs.

The announcement comes about one year after LEGO Dimensions expanded its offerings. Sixteen new entertainment franchises—including Ghostbusters, Fantastic Beasts and Where to Find Them, Adventure Time and The Powerpuff Girls—were added to the toys-to-life video game starting in September 2016 and into this year.

The 2016 LEGO Dimensions ramp-up was announced soon after news that Disney would shutter its Infinity business after just three years on the market. At the same time, the House of Mouse announced it would stop self-publishing video game operations to focus exclusively on third-party licensed titles. The Infinity series launched in 2013 and brought classic Disney and Pixar characters to life through connected physical figures.

Disney’s financial results offered a window into its decision to stop producing Infinity, which had been seeing lagging sales and high development costs for some time. For the period ended April 2, 2016, Disney’s Consumer Products & Interactive Media segment saw a 2% dip in revenues to US$1.19 billion, where low Infinity revenues were offset by higher licensing revenues. (The House of Mouse reported overall earnings of US$2.1 billion, marking an increase of US$35 million over the same period in 2015).

While the end of Infinity and LEGO Dimensions may send fears of category extinction for the toys-to-life universe, new players continue to enter the fray. In June, videogame developer Ubisoft (Just Dance) announced the launch of toys-to-life adventure game Starlink: Battle for Atlas. Developed by Ubisoft Toronto for a worldwide launch in fall 2018, the game features entirely customizable Starlink toys that can be mounted onto a player’s game controller. Users can then assemble their real-world starships by choosing different pilots, hulls, wings and weapons that lock into place. As each piece is physically added, they appear digitally within the game. The game will be available for Nintendo Switch, Sony PlayStation 4 and Microsoft Xbox One.

According to a recent report by digital analyst Juniper Research, smart toy sales are forecast to reach US$15.5 billion in hardware and app content revenues by 2022 (a significant increase over approximately US$4.9 billion in 2017). The report found that growth will be driven by the ongoing demand for console-connected toys-to-life action figures as well as the growing popularity of smartphone-based connected toys. Interestingly, Juniper once predicted that LEGO Dimensions would be a leader in the category.