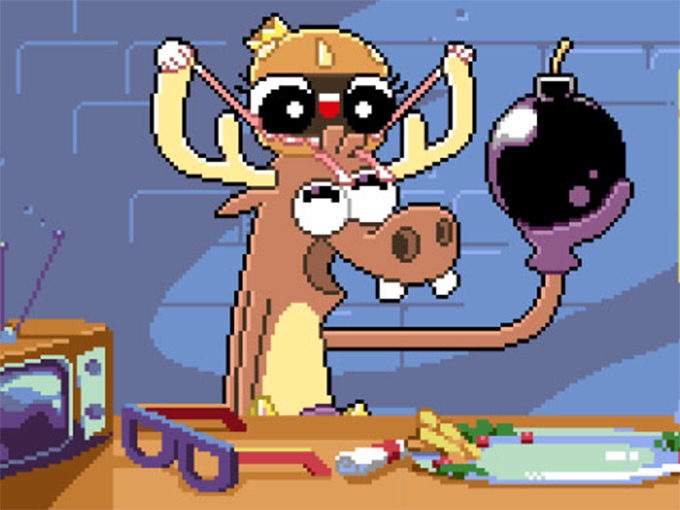 The kidsnet is going forward with two animated short-form series from Singapore and South Africa as part of its annual Global Animated Shorts Program.

Nickelodeon International has greenlit the first two short-form series to come out of its Global Animated Shorts Program. The two shorts are Sharkdog from Singapore and MooseBox from South Africa.

Sharkdog is a 20 x 90-second series created by Jacinth Tan and Raihan Harun from Singapore. It follows Max and his pet/sidekick that’s half shark and half dog. It is being produced by CGI animation studio One Animation.

MooseBox (20 x 90 seconds, pictured) is created by Mike Scott and produced by South African studio Mind’s Eye Creative. It follows Moose and CatBox, two best friends who need each other to play, explore and survive a video game world called The Cube.

Both will premiere on the Nickelodeon Play app in several international markets.

Along with these two shorts, the kidsnet has picked 21 additional pitches out of 850 submissions for potential development into an animated shorts series. Nickelodeon also recently took its popular digital short Welcome to the Wayne offline and into the TV world after it found success online.