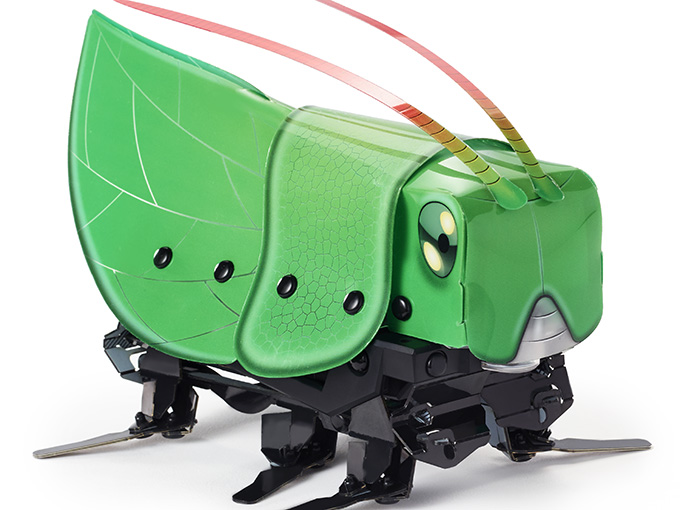 Launching today at US Target stores, the app-enabled, insect-themed platform aims to help kids learn how to code.

Mattel has joined forces with California-based Dash Robotics on Kamigami, an insect-themed, build-it-yourself robotics platform that teaches kids how to program while they play.

Launched today at Target for US$49.99, the platform includes six different buildable Kamigami robot insects that include a lady bug, praying mantis and scorpion. The bots come as a durable plastic sheet of parts that kids can pop out, fold and snap together. Kids are then able to drive, race or battle their Kamigami through a free companion app, which includes a visual programming interface for blinking lights, playing sounds and maneuvering around obstacles inside or on tougher outside terrain.

Co-founded by Nick Kohut and Andrew Gillies, Dash began as a robotics and biomimicry research initiative at the University of California at Berkeley backed by the National Science Foundation and the US Army.

Kamigami arrives as Mattel continues to roll out its new five-pillar strategic plan with more investment in digital content, internet-connected toys and learning-based products. It also follows a new round of executive appointments for the toyco including Joe Euteneuer and Sven Gerjets as CFO and CTO, respectively.