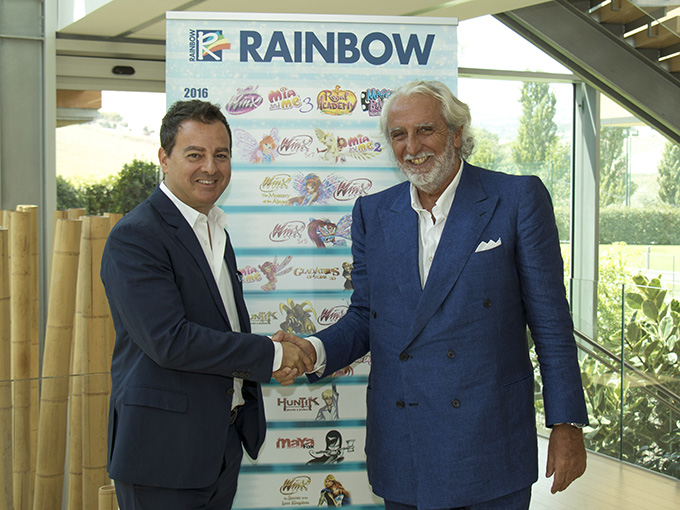 Following the success of its popular teen series Maggie & Bianca Fashion Friends, the Italian prodco's acquisition is expected to strengthen its live-action and YA pipeline.

In a move to bolster its live-action production capabilities and broaden its content offering to the young adult market, Italian prodco Rainbow has acquired a majority stake in multifaceted entertainment media group Iven.

According to Rainbow chairman and founder Iginio Straffi (pictured, left), the first collaboration under the new arrangement is an untitled YA television series based on a graphic novel that is already in production. More details are expected in the coming months.

A second project is a theatrical adaptation of the bestselling YA novel The Girl in the Fog by Italian author Donato Carrisi, which will be released in Italy later this month. (Rainbow plans to produce two feature films per year in partnership with Iven.)

Rainbow will also leverage another novel from Carrisi for an additional YA series, but has yet to announce a title or the project’s co-production partners.

For younger kids and family content, Rainbow and Iven are currently in the development phase on a few TV and movie concepts in the comedy and fantasy genres.

“We believe it’s a good moment for live action because there is a lot of interest now from all of the digital platforms, including Netflix, Amazon and Hulu, for children’s, teen and adult projects,” says Straffi.