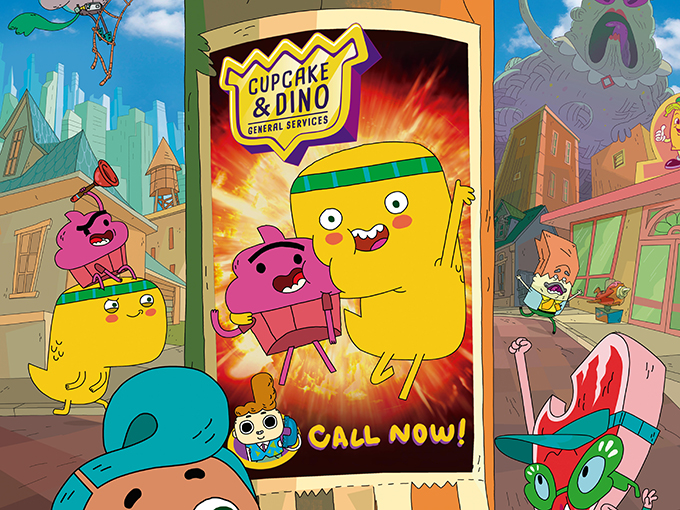 After premiering globally as a Netflix Original series, the new toon will debut on Teletoon in Canada and Disney Channels LatAm in spring 2019.

The toon will premiere globally as a Netflix Original series before heading to Teletoon and Disney Channels LatAm in spring 2019.

The animated comedy hails from director, animator and illustrator Pedro Eboli (Oswaldo) and is produced by eOne Family and Brazil’s Birdo Studio in collaboration with Netflix, Teletoon and Disney. Aimed at kids ages six to 11, the 52 x 11-minute series follows a tiny cupcake and his giant dinosaur brother as they strive to make a name for themselves in the competitive General Services business.