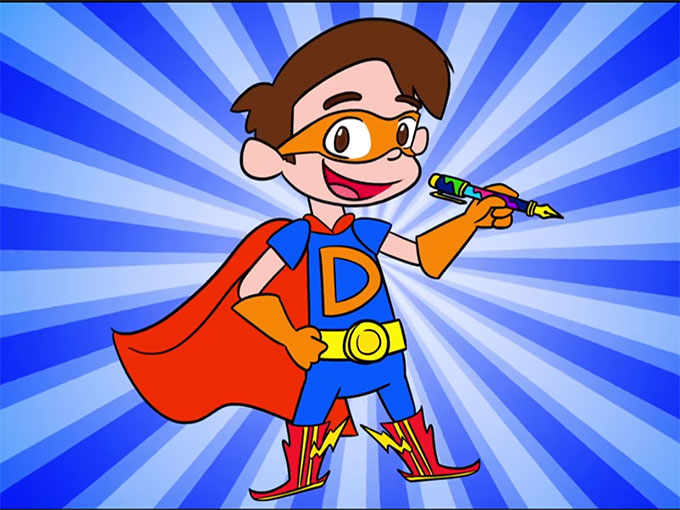 The fan favorite character from Driver’s YouTube series Cool School will be featured in a series of graphic novels from Sterling Children’s Books.

The first four titles are slated for publication in 2018. Sterling Children’s Books is an imprint of Sterling Publishing, a wholly owned subsidiary of Barnes & Noble. Sterling Children’s Books publishes approximately 125 titles each year in a variety of formats including picture books, board books, middle grade and young adult fiction as well as puzzle, game and activity books.

In Cool School, Drew Pendous and his friends battle evil villians, like the bad guy who makes it rain during recess. The Cool School YouTube channel boasts more than 700,000 subscribers and over 800 million views.

Earlier this year, Driver Digital teamed up with Sesame Workshop to launch a two-part online kids video starring Elmo, Sesame Studio’s digital puppet host Marvie and Cool School’s Crafty Carol. In the past, the company has collaborated with the likes of Mattel, Disney and Hasbro on a number of brand integrations and, last year, Driver Digital tapped The Licensing Group to represent its Cool School YouTube channel.