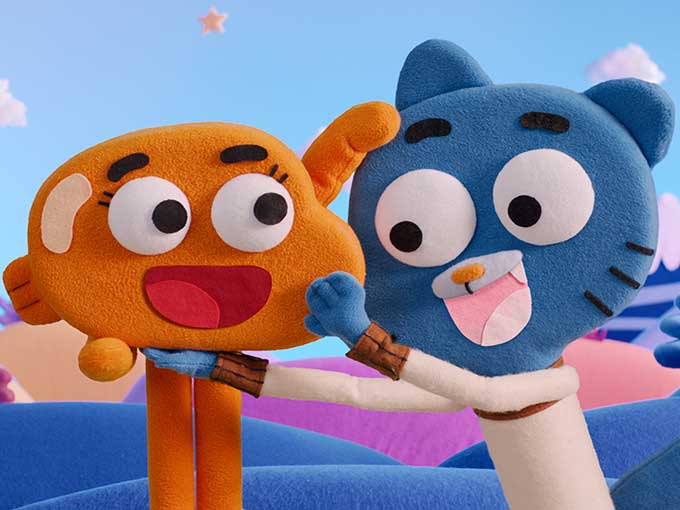 Blink Industries’ mixed-media and 2D projects have caught the eye of Cartoon Network and Nickelodeon.

It takes a certain kind of person to spearhead a puppet revolution, but Blink Industries founder and creative director James Stevenson Bretton is up for the challenge. The veteran producer cut his teeth making TV commercials and music videos for BlinkInk (the animation arm of parentco Blink Productions) for 10 years, before launching firmly into the kids space four years ago with UK-based entertainment and development entity Blink Industries.

The company found a sweet spot in mixed-media and puppetry projects thanks to inspiration from The Grumpy King, a BlinkInk live-action/animated miniseries for Cartoon Network created by UK puppeteers Jonny & Will in 2013. “It got us thinking that this would be a world we would want to grow into,” says Stevenson Bretton. “It also evolved into us wanting to create content with a slightly longer shelf life than a cool music video or a short film.”

Looking to differentiate, Blink also serves as an incubator for new talent and specializes in artist management by repping a number of directors. “Not many of our competitors, certainly in the UK, do this as much as we do. And because we’re often making interesting short films and personal projects on the side that we put out online, it’s helping us attract a lot of talent, too,” says Stevenson Bretton, noting that all of the company’s directors work collaboratively in-house alongside animators and writers.

For new projects, Blink reunited with Cartoon Network for “The Puppets,” a season-five episode of The Amazing World of Gumball. Set to bow in the US and internationally next month, the episode is directed by Becky & Joe, creators of the hit web series Don’t Hug Me, I’m Scared, which Blink produced (it’s definitely not for kids, though). On the back of the project, Cartoon Network commissioned Blink to produce a five x two-minute miniseries inspired by the episode called “Waiting for Gumball,” as well as additional shorts starring the show’s characters. “Being able to do a puppet episode for Cartoon Network was very satisfying because historically, it’s not what they do,” says Stevenson Bretton.

Beyond puppetry, Blink is co-producing 52 x 11-minute 2D-animated series Tulipop with the IP’s namesake Icelandic studio. Created by Signy Kolbeinsdottir, the series is based on the celebrated Icelandic illustrator’s lifestyle brand that was recently featured at this year’s Cartoon Forum in Toulouse, France. Writer Tobi Wilson (The Amazing World of Gumball) and directors Simon Cartwright (Manoman) and Nina Gantz are also on board. “We’ve taken the existing design and pushed it into a pretty weird place that suits the brand perfectly. It will definitely stand out from the crowd,” says Blink’s head of development and production, Tom Stuart.