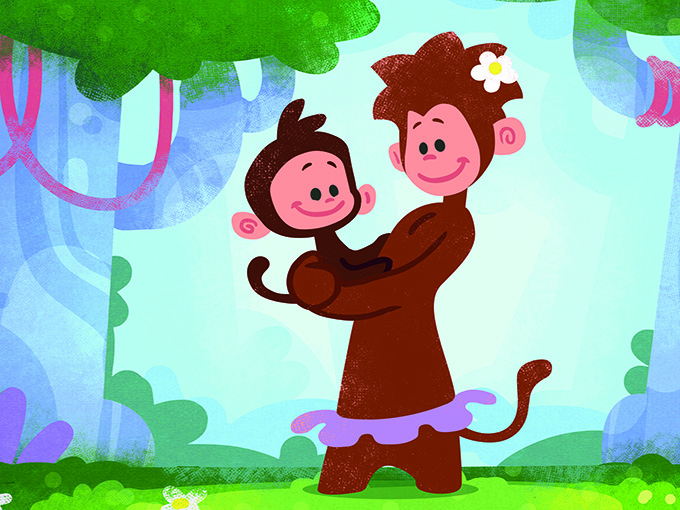 Distribution rights to the CBeebies series have been snapped up by Zodiak Kids from UK prodco Plug-in Media.

CBeebies and Canadian nets TVO and Knowledge recently commissioned the new 50 x seven-minute series from UK-based digital media prodco Plug-in Media for broadcast in 2018. Following the daily adventures of a three-year-old monkey and its first-time mom, the series is produced in collaboration with Canada’s Radical Sheep Productions (a division of Boat Rocker Studios).