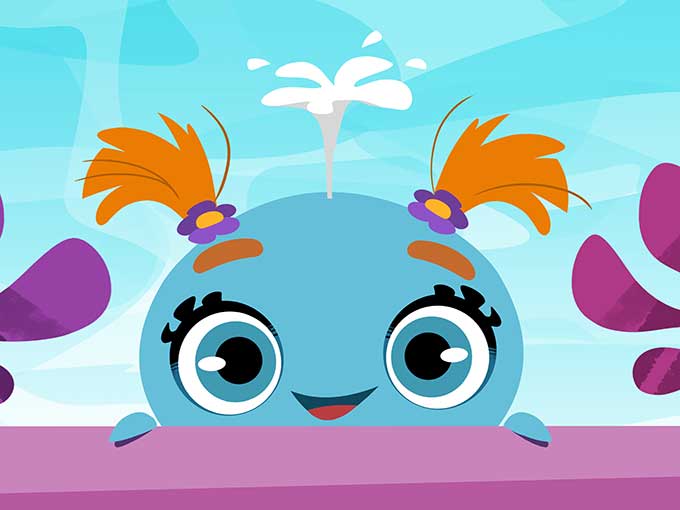 Tale of a whale

Since premiering in 2006, Montreal-based Echo Media’s Toopy and Binoo has been making noise in the Canadian market. The toon has become one of the most popular preschool properties in the country, with consistent top-10 placement on Corus-owned Treehouse, Télé-Québec and Société Radio-Canada, while also selling more than 800,000 books and generating US$6 million in live show gross revenues. As a follow-up, production is underway on Echo’s newest 2D-animated preschool series, Hello Charlie.

The Canadian prodco is also benefitting by working with London-based Kids Cave Entertainment on the series, its first UK co-production partner. “We know the Canadian market really well, but having a co-producer from the UK really opens up the door for us. Having experienced people like [co-founder Andrew Baker] and Kids Cave’s entire in-house animation facility involved from the beginning, brings a different perspective in terms of how we create the content instead of servicing it out,” says Sarah Chatelain, senior brand director at Echo.

Aimed at three- to six-year-olds, the 65 x seven-minute series follows the underwater adventures of a young whale, her family and pet sea urchin, Sushi. With guidance from educational consultant Carl Corter, the series helps kids identify, express and manage their emotions, learn from mistakes, understand cultural and gender diversity, and engage in exploratory play.

For the Canadian market, TFO, TVO, Knowledge Network and Radio-Canada have already signed on, as have investors including the Canadian Media Fund and the Bell Fund. “Having four broadcasters involved in the development of one show is also a first for us,” says Chatelain.

As for splitting the work, Kids Cave is handling animation, music, casting and image editing, while Echo is managing the creative concept, scripts, directing, artistic direction and character design. Moving forward, Echo is close to securing a deal with an international distributor and is actively looking for merchandising partners across toys, publishing and live events. Echo will also be launching an educational suite of HTML5 mini-games for Hello Charlie in collaboration with Toronto-based developer Yellow Bear Studios.

Echo is also tending to its first hit. Toopy and Binoo is headed into a fourth season, and there’s a feature film in development. “It’s important for Toopy and Binoo to keep evolving,” says Chatelain. And to help get these extensions off the ground, Echo is on the lookout for co-production partners. “We’re currently looking at the European market, but also Asia-Pacific.