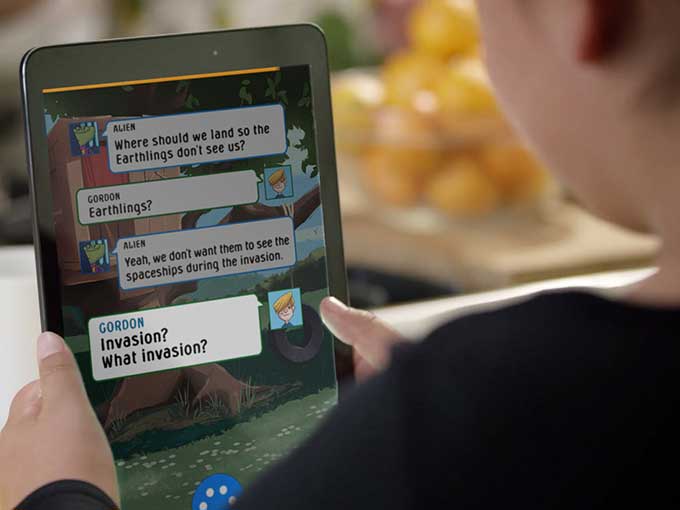 How Amazon Rapids and Hooked are riding a new wave of chat fiction apps designed for texting-crazed tweens and teens.

While the list of tech options out there designed to promote reading is lengthy, kids’ attention spans are most certainly not. In the teen market in particular, a crop of chat fiction apps have begun to crop up in order to meet the demands of Generation Z. They tell stories through a series of text messages, almost like a screenplay, with which the user can engage and share. Illinois-based Telepathic led the charge in 2015 with the launch of Hooked, which has since generated more than 20 million downloads and plenty of teen-skewing copycats, including Yarn (Science Mobile) and Tap (Wattpad).

Hooked is free to download, with six minutes of reading time available for every 30 minutes. Users can earn more time by sharing the app, writing a story that gets a certain number of views, or paying US$2.99/week for unlimited usage. The content is generated by users and commissioned authors.

“The idea of texting back and forth and sending messages that way is something that we’re so used to doing in the space of our phones, so we thought maybe that same behavior can be used as a way to read and write fiction stories,” says Esha Gupta, co-founder and director of content at Hooked. The popularity of the app is testament to how quickly this sort of novel tech can take off, but while most companies were staying firmly in the teen and young adult arena, Amazon saw big opportunities in the kids space.

Amazon Rapids, a US$2.99/month chat fiction app for kids ages five to 12, was released in November 2016. It has been chugging out original content ever since, working with authors like Raymond Bean (Sweet Farts, Benji Franklin), and adding a Signature Stories feature in July that adapts Amazon original TV series like Danger & Eggs for the platform.

“The whole idea is to find those in-between times when kids want screen time but parents want it for reading,” says Michael Robinson, director of consumer products at Amazon Education. “We want to make sure that it is fun for them so they’re intrinsically motivated to do it.”

A big part of that rests on the gamification-like features of these chat apps, which often makes sure that each story ends with a cliffhanger, even a minor one, so kids keep coming back to read more. And speaking of longevity, both Amazon and Hooked insist they’re not trying to replace the timeless aspect of reading, but rather make it more accessible to a younger, screen-hungry generation. The ultimate goal is for chat-fiction apps to act as a gateway to more reading. But for Amazon, it’s also a win-win situation.

“If they read via books or the Rapids app, we really don’t care because we’re invested in reading in many different ways,” says Robinson. “There are authors and readers, and there are many ways to connect those two.”