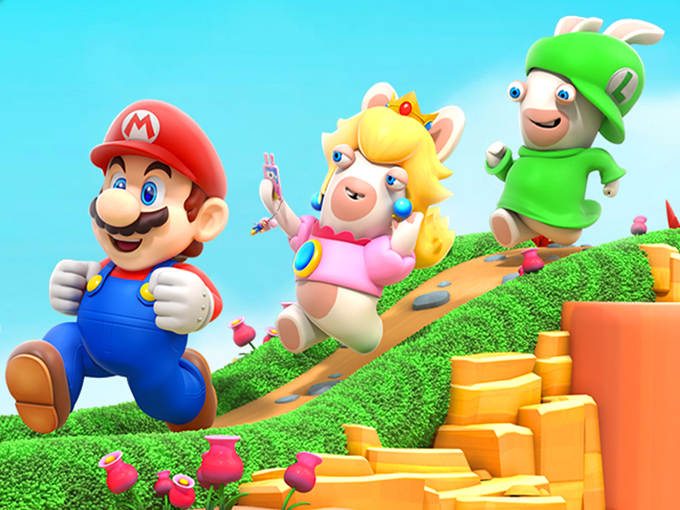 The unlikely pairing of Nintendo’s iconic plumber Mario with Ubisoft’s cheeky rabbit-like Rabbids creatures in Ubisoft’s new game, Mario + Rabbids Kingdom Battle, is paying off for both companies as Nintendo gets ready to publish the title in Japan and South Korea on January 18, 2018.

Developed by Ubisoft Paris and Ubisoft Milan in partnership with Nintendo, the mashup has become the bestselling non-Nintendo title on the Switch, according to retail data from The NPD Group and UK charts company GfK, since launching in August.

Mario + Rabbids lets players create teams of three heroes from a roster of eight characters including Mario, Princess Peach, Yoshi, Luigi and a selection of Rabbids characters. Set in a disordered Mushroom Kingdom, the game features combat, puzzle and exploration gameplay and a collection of more than 250 unique weapons.

Ubisoft was previously the top third-party publisher on the Nintendo Wii largely due to its hit franchise Just Dance.

The news of Nintendo handling the  publishing duties in Japan and Korea for Mario + Rabbids comes as the popularity of the Rabbids IP across the Asia-Pacific region continues to grow.

Ubisoft’s animated TV series Rabbids Invasion, for one, recently surpassed one billion views in China alone based on aggregate views from leading Chinese digital platforms Tencent, LeEco, iQiyi, Sohu, MangoTV and Youku. The Ubisoft, TeamTO, France Télévisions and Nickelodeon TV series, which comprises three seasons, has been broadcast in 110 countries since Nick premiered the series in 2013.