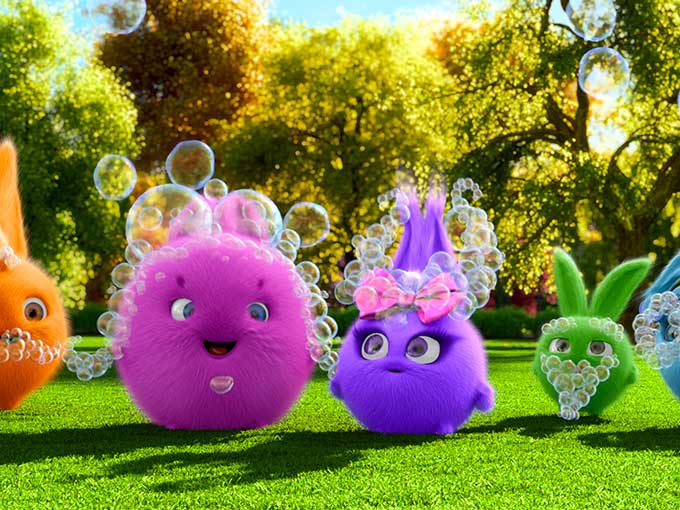 Lighting up the world

Minsk-based Digital Light Studio’s Sunny Bunnies (26 x 3.5 minutes) is a non-dialog upper-preschool series that follows the comedic adventures of five beaming bunnies, all of which share the ability to appear anywhere there is a source of light. After premiering on Disney Channel in Russia and CIS in December 2015, the show caught the attention of UK-based distributor Media I.M., which promptly snapped up exclusive worldwide rights (including TV, digital and VOD) outside of Russia, CIS and China. The distributor’s first order of business was to pursue a digital-first strategy for the series’ international launch, especially due to the nature of its format. “Generally, it’s not easy to sell short-form content to broadcasters, as linear channels don’t have regular slots for the content,” says Media I.M. co-founder Maria Ufland. “So our international strategy was very much about non-linear first.”

The Sunny Bunnies English-language YouTube channel launched in April 2016 with management support from DHX-owned online kidsnet Wildbrain. Carefully selected Sunny Bunny eps were then submitted by Wildbrain for consideration on the YouTube Kids app. “This has been an effective approach so far,” says Ufland. “This past May alone, more than four million views came from YouTube Kids. On the main YouTube channel, the series took a long time to get its first 1,000 views, but now it generates more than 700,000 views per day on average.”

Ufland attributes the strong online performance to the program’s combination of high-quality animation and its ability to easily cross borders. She also singles out Sunny Bunnies’ comedic voice as a driving factor. “The humor, for the most part, is why the show’s been so successful. And creatively, it’s hard to compare Sunny Bunnies to anything else,” says Ufland. Recognizing its fast growth and unique qualities, Disney Junior secured Sunny Bunnies for 16 Asia-Pacific markets, and Portugal’s Canal Panda followed suit just a month after the series’ YouTube premiere. Disney Junior US then picked it up in January, as did Disney’s CEEMA channels in all territories, as well as Disney Channel in Turkey, Spain and Japan.

Since then, Media I.M. has tapped California-based Evolution to handle all North American L&M and promotional rights. Funrise Toys, meanwhile, has joined as the property’s exclusive master toy partner for the North American, Australian and New Zealand markets, with a full range of toys expected next fall. Media I.M. is now on the hunt for licensing agents in Europe and Asia Pacific, while Digital Light Studio gets to work on a third season. “We always knew the show had great potential, but we didn’t expect that it would get picked up in so many countries so quickly, or become the biggest IP to ever come out of Belarus,” says Ufland. “It’s the start of a really exciting journey.”