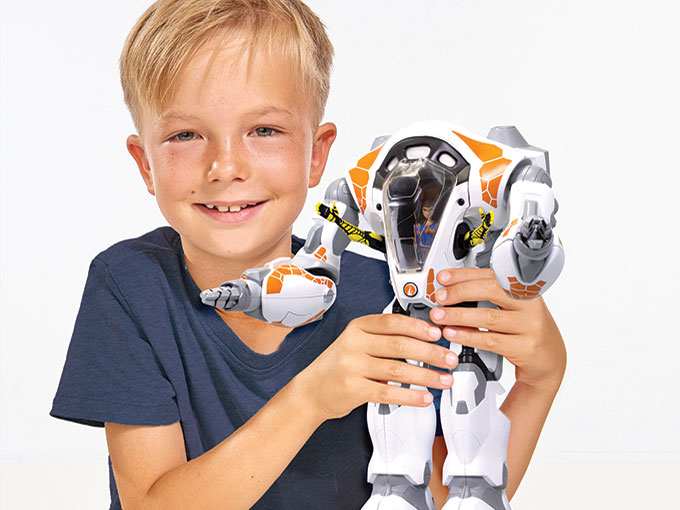 Simba Toys gets into The Deep

As master toy licensee, Simba's initial line based on the A Stark Production and DHX-produced series will launch in 2018.

Targeting kids ages six to nine, initial products are set to roll out in Germany, Austria, Switzerland, the UK and Nordic countries in Q3 2018. The line will later expand into additional categories including outdoor, die-cast and radio-controlled vehicles and wheeled toys.

The Deep is co-produced by Australia’s A Stark Production (scripts, design and music) and DHX Media (animation, post-production and distribution). Technicolor, meanwhile, holds underlying rights to the property. The series follows the Nekton family on their underwater adventures involving mysteries and monsters.

The show’s second season debuted on the UK’s CBBC in July, Australia’s ABC ME daily in August and Canada’s Family CHRGD on September 5. DHX Media recently signed 16 new agreements for the show’s second season, including deals with Universal Kids (US), Nickelodeon (Greece), NRK Super (Norway) and Zap (Angola and Mozambique).

In addition to launching new consumer products inspired by the series, Technicolor is also expanding into location-based brand extensions. Last month, Technicolor inked a deal with Merlin Entertainments to bring interactive experiences based on The Deep to more than 20 Sea Life aquariums in the UK and Germany.