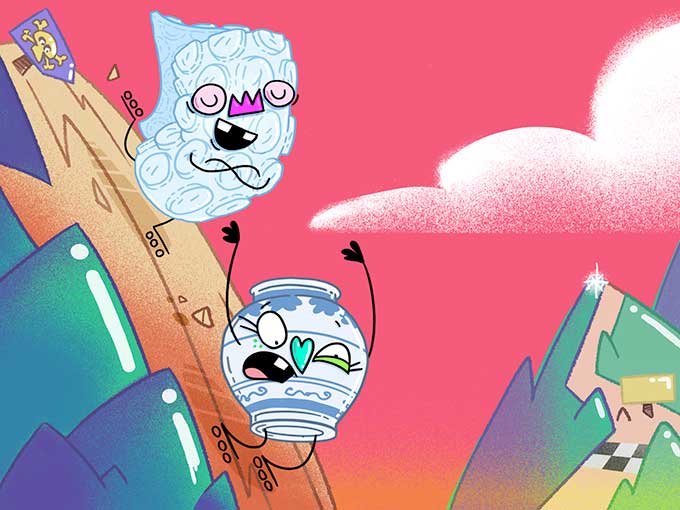 After recognizing the European animation sector for its growth potential, EU regulatory arm The European Commission set the stage on day one of Cartoon Forum in Toulouse, France with its announcement of a new strategic Animation Plan for Europe. With the ongoing uncertainty of Brexit, shrinking broadcaster budgets and the challenges of navigating digital deals across Netflix, Amazon, YouTube and broadcasters’ VOD services, the industry continues to be in the midst of a difficult, albeit exciting, transitional period.

To strengthen Europe’s renowned capabilities and successes in animation across TV, movies and digital, the EC presented three goals for the coming years:

It’s calling on animation studios and schools, markets, festivals, Creative Europe Media, and public funds in general to work together in the spirit of collaboration, innovation and creativity to make the plan a reality. For traditional broadcasters, the plan stresses the importance of being able to invest in animation and online content to benefit from the digital shift.

In terms of more strategic solutions for the fragmented distribution of animation across film, TV and VOD, the EC suggests that coordinated releases and joint promotion strategies for near simultaneous releases of films in different countries, for example, could help optimize marketing campaigns and impact the success of a film. It also states the need to pay more attention to short films and how they could potentially benefit from VOD.

On the financing side, some key solutions include improving access to debt financing, cooperating with equity financiers and supporting dedicated Venture Capital funds, strengthening links and dialog between the financial world and the animation industry, and growing the presence of European animation on digital platforms.

One Cartoon Forum project they may have their eyes on is 78 x seven-minute, digital-first series Best & Bester (pictured), the latest original animated show from Finnish studio Gigglebug Entertainment. Set in a world where everyone gets to decide what they want to be, the series for six- to 11-year-olds follows two uber-competitive best buds who spend their time comparing the best things of all time.

A coinciding interactive app that encourages users to compare their own favorite things and share them with their friends will also launch. Considering Gigglebug’s three apps based on its hit self-titled TV series have been downloaded more than one million times, the linear and digital potential for Best & Bester is strong.

Another contender for most-talked about project on day one was Kidscreen‘s July editorial cover selection Tulipop from Iceland’s Tulipop ehf. and UK-based Blink Industries. Created by Signy Kolbeinsdottir, the series is based on the acclaimed Icelandic illustrator’s award-winning lifestyle brand of the same name, which includes a book and a line of quirky, colorful character products.

Alison Warner, VP of sales, acquisitions and co-productions for Technicolor Digital Productions, was quick to praise the uniqueness of the project. “I like the whole look of it, the fantastical elements and the fact that it originated from Iceland, which is kind of a magical place in its own right,” Warner says. “I think it’s a series that will be truly different.”

Meanwhile, Lorna Withrington, director of creative affairs for Entertainment One Family, zeroed in on a pair of French projects. “One I didn’t get to see, but I really wanted to, was Shooom’s Odyssey from Picolo Pictures, purely because it looked so gorgeous,” says Withrington. “But we are looking for action/adventure so we did check out School of Magic from TeamTO. We make PJ Masks with them so they’re always going to be interesting to us. It’s based off the back of films that have already been released, so it may be hard for us to come on board as a distribution and licensing partner. Nevertheless, we’re going to be there to support them.”

Day two of Cartoon Forum is currently underway with projects from countries including Japan, South Korea, Ireland, Spain and Poland, which is this year’s spotlight country after Ireland earned the distinction last year.