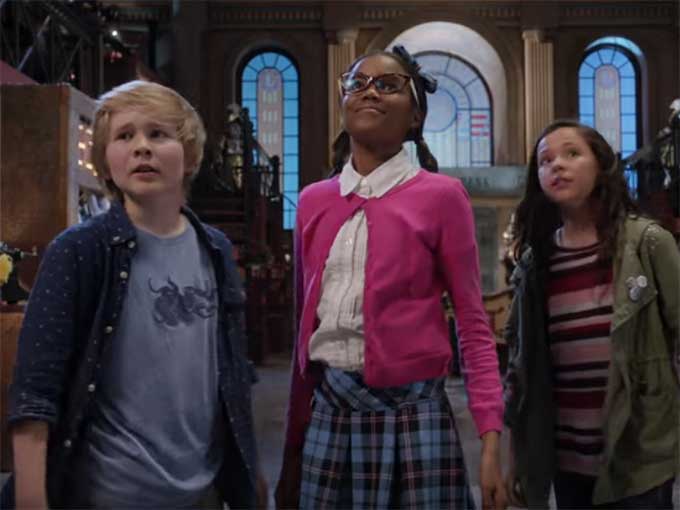 The kidsnet will debut Escape from Mr. Lemoncello's Library, based on the book by Chris Grabenstein, on October 9.

Nickelodeon is set to debut its new original TV movie, Escape from Mr. Lemoncello’s Library, on October 9. The movie is based on the children’s book of the same name by author Chris Grabenstein.

The book was published in 2013 by Random House Children’s Books and had a 109-week run on the The New York Times Best-Seller list. Grabenstein’s next novel is the third Lemoncello Book, Lemoncello’s Great Library Race, which will be published on October 10.