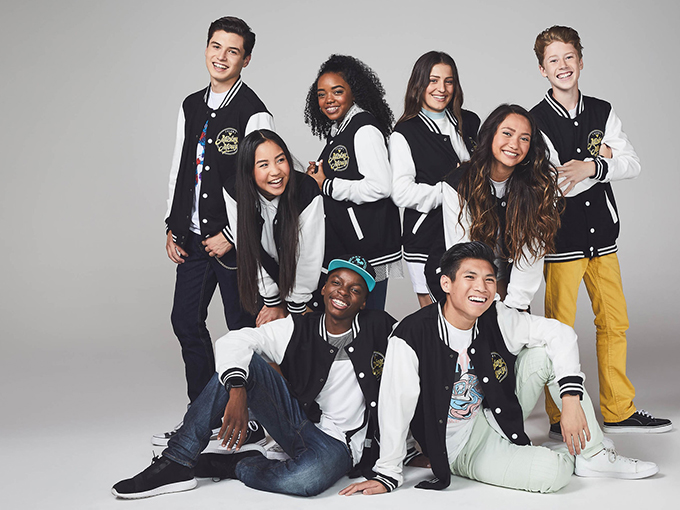 With today's premiere of the re-imagined, digital-first series, newly formed Disney Digital Network gives Kidscreen the details on how it's targeting Gen Z like never before.

When the House of Mouse merged Maker Studios with the content and media unit of Disney Consumer Products and Interactive Media (DCPI) in December, the move marked the beginning of a more streamlined digital content strategy for Maker’s mostly YouTube-centric business.

And since the re-jig, much has changed. In February, Disney dropped Maker’s top individual partner Felix Kjellberg, known as PewDiePie, after the YouTube phenom posted a number of anti-Semitic videos. A week later, 80 Maker employees were let go in the ongoing amalgamation. Then in early May, the full extent of Maker’s evolution was revealed with the formation of Disney Digital Network (DDN)—which was designed to integrate top creators with distinct editorial, social and branded content to better reach its Gen Z and Millennial audiences.

Under the leadership of DCPI’s EVP of publishing and digital media, Andrew Sugerman, DDN pared Maker’s roster of 60,000 creators down to less than 1,000. And as the saying goes, good things tend to come in small(er) packages. “The overarching focus has been on quality rather than quantity, and making sure that the curated influencers and creators sitting inside the network are the ones that not only drive the greatest value for our audience, but have the greatest connection to the Walt Disney Company, too,” says Sugerman.

Over the course of seven weeks, the new Mouseketeers will also document the behind-the- scenes process of writing their own songs and choreographing their dances on the @ClubMickeyMouse Instagram and Facebook accounts through Instagram stories, Boomerangs and Facebook Live videos. Each week will be capped with a unique musical performance and a marquee music video. Original music, including a new Club Mickey Mouse theme song that will be released on September 12, will also be distributed weekly by Walt Disney Records through online music stores.

Looking at DDN’s existing shows, As Told By Emoji and Disney IRL (In Real Life) are two of the net’s top performers to date. Inspired by fan-created, Disney-themed emoji, As Told By Emoji is now in its third season and turns new and classic stories into snackable content. “Even internally, people were trying to get their heads around the idea of taking a 90-minute movie and turning it into a 90-second short-form video retelling the story,” says Sugerman. “We started with Frozen and have produced 18 episodes to date, encompassing everything from Guardians of the Galaxy and Beauty and the Beast, to more classic retellings like our ‘Steamboat Willy’ episode.”

So far, As Told By Emoji has generated more than 200 million views across platforms, with engagement so high it has influenced the emoji IP proposition in other areas of the company, including its gaming and consumer products segments. Disney IRL, meanwhile, premiered last October and translates Disney stories into real-life experiences. The show’s first episode, which features a hidden camera stunt where Doug from Disney/Pixar’s Oscar-winner Up is depicted by a real dog that surprises park-goers, was an instant hit. It’s since garnered nearly 700,000 views on Oh My Disney’s YouTube channel alone.

Strong tune-in numbers aren’t a shock to DDN’s VP of digital media, Dan Reynolds, whose audience development team creates, schedules and manages digital- and social-first content by accessing the company’s breadth of brands on a daily basis. “They are each looking after a portfolio of properties that they are publishing to, as well as all of the data coming back and the conversations happening around those properties,” says Reynolds. “As the fastest example of this, every day at DDN starts with a daily half-hour stand-up meeting where our audience development and creative teams—anywhere from 25 to 75 people—come together to discuss what’s happening on the internet across the broader pop culture zeitgeist.”

These “digitalogists,” as DDN calls them, then look at what’s happening across Disney, and what audiences are talking about in order to pair all of the data and information together to actually program the network that day. “I’ve seen ideas come up at stand-ups that, in some cases, get turned into content that’s published within minutes or a few hours, depending on the content. Then some of the insights and cultural trends bubble up into larger formats and shows, or things with longer lead times that will come out in the future. This cycle is something we really focus on because it’s driving our accelerated audience growth,” says Reynolds.

Another aspect contributing to DDN’s success, according to Sugerman, is the fact that its teams have been working solely in the digital- and social-first space for a number of years. “When you couple this with the fact that the people we hire have a huge appreciation for all things Disney, Star Wars or Marvel, it puts them in a very unique place to be very agile in coming up with ideas for content and distribution,” he says. “On a broader scale, one of the bigger challenges is that platforms are continually being introduced and evolving, so we need to ensure that our content keeps pace with those changes. And we have been.”

“I’m excited about these types of partnerships. Bringing digital influencers who have created both huge followings and unique levels of engagement to life on a linear platform yields benefits both to television and digital,” says Sugerman.

“Finding opportunities where it makes sense for programming to cut across both streams is going to be increasingly compelling, both for Disney and the industry in general.”

For example, DDN recently struck a Club Mickey Mouse sponsorship deal with tech giant HP, which is aligning the messaging and positioning of its new mobile-based micro-printer Sprocket. DDN also has a partnership with IBM for Science and Star Wars, which is in production and slated to premiere this fall. Another successful sponsorship has been DDN’s Kidsplaining deal with US retailer Kohl’s. It runs through the net’s Babble editorial voice, which is focused on the trials and tribulations of being a parent.