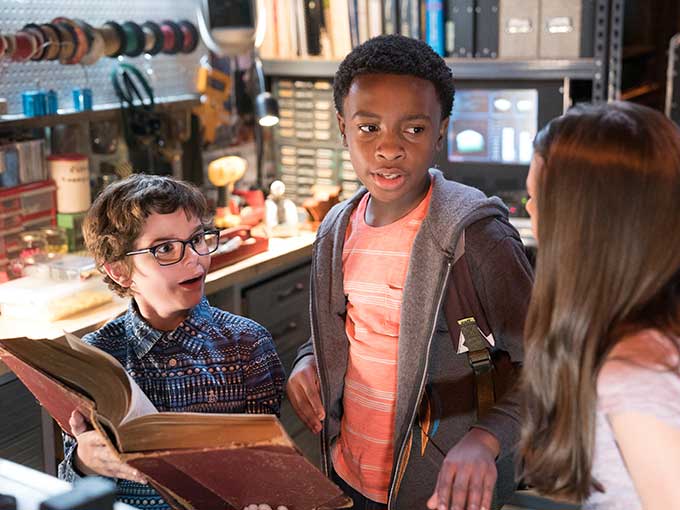 Live-actioners Skyward (pictured), A Kid Called Mayonnaise and Will vs. The Future have launched today in more than 200 countries and territories on Amazon Prime Video.

Amazon has unveiled three new live-action titles as part of kids fall pilot season. Starting today,  A Kid Called Mayonnaise from Will McRobb (The Adventures of Pete and Pete), Skyward (pictured) from Greg Coolidge (The Troop) and Kirk Ward (The Expendables), and Will vs. The Future from Tim McKeon (Odd Squad) and Kevin Seccia (Kung Fu Panda: Legends of Awesomeness) are available in more than 200 countries and territories on Amazon Prime Video.

All Amazon customers can stream and review the new pilots in order to help select the next Amazon Original Series. Previous pilot seasons have resulted in full-series orders of such originals as Tumble Leaf, Niko and the Sword of Light and Just Add Magic.

A Kid Called Mayonnaise stars Elliott Smith (Popstar: Never Stop Never Stopping) as Mayo Davis, an introspective 11-year-old who lives with his mom at the Alamo Motel. It is directed by Luke Matheny (Gortimer Gibbon’s Life on Normal Street) and features an original song by Diet Cig.

Will vs. The Future is a comedic sci-fi action series following Will Jin, played by Teo Briones (Lonely Boy), who is visited by a time-traveling rebel warrior (Henry Danger’s Lexi Underwood). The pilot is directed by Joe Nussbaum (Just Add Magic) and features an original song by Rhett Miller of the Old 97′s.

a kid called mayonnaise, Amazon, Amazon Prime Video, skyward, will vs. the future