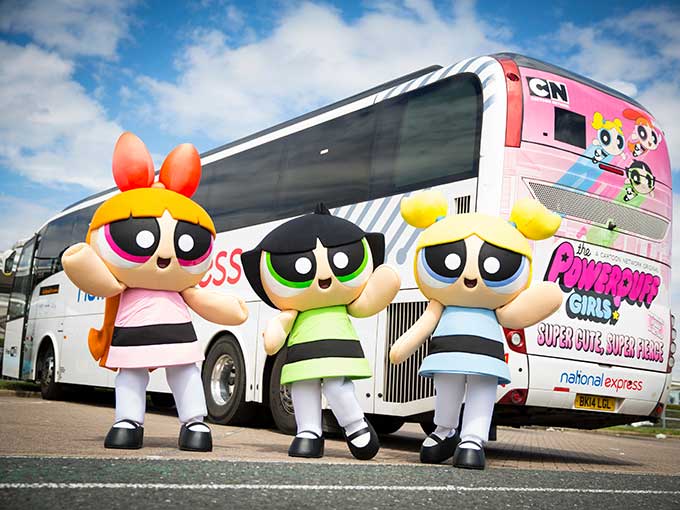 Ben 10, The Powerpuff Girls and We Bare Bears will be available on more than 500 Nation Express coach buses in the UK.

Turner is bringing its Cartoon Network content aboard the UK’s largest coach operator, National Express. Episodes from Ben 10, The Powerpuff Girls and We Bare Bears have been added to the bus company’s on-board entertainment system VUER.

Available across the company’s fleet of 550 coaches, the series can be watched for free on VUER with phones and tablets using the free in-bus Wi-Fi. The on-board system—which gives passengers free access to the internet, magazines, films and television—was unveiled last November, and has since attracted more than one million registered users. (The VUER app has been downloaded more than 100,000 times.)

To celebrate the new content, buses from Stansted airport will be wrapped advertise the series available on board. Turner will also offer passengers a chance to win exclusive prizes, with more details available on the National Express website.