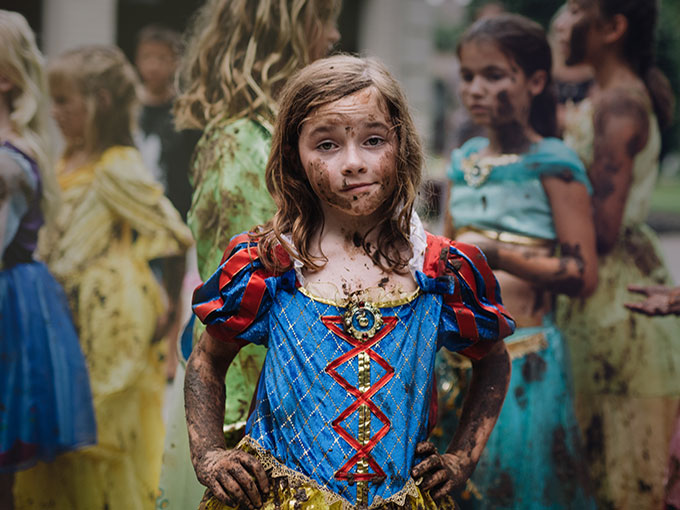 The social media-focused photography campaign aims to raise US$1 million for the United Nations Foundation’s Girl Up program.

Disney has launched a global photography campaign as part of its Dream Big, Princess initiative that will benefit Girl Up, the United Nations Foundation’s program supporting adolescent girls in developing countries.

Nineteen female photographers from 15 countries have created a series of compelling images showcasing real-world girls and women. Photographs will be shared on social media using the moniker #DreamBigPrincess, and Disney Worldwide Services will donate US$1 for any public post of a photo using that hashtag. (This includes every “like” of a post using the hashtag on Facebook, Instagram and Twitter.)

The campaign, which runs until October 11, will see Disney donate up to US$1 million to Girl Up. (The House of Mouse has set a minimum donation at US$500,000.)

Participating photographers include Annie Griffiths, one of the first female staff photographers at National Geographic. The photographers were tasked with documenting stories that will inspire kids, with subjects including the youngest-ever speaker at the UN, a gold-medal-winning Chinese Paralympian, the teenage author of a STEM coding book for kids and a young surf champion from Brazil.

And while a recent report from Common Sense Media found that today’s media continues to reinforce the idea that masculine traits and behaviors are more valued than female ones, brands like Nickelodeon’s Nella the Princess Knight and Warner Bros. Animation’s DC Super Hero Girls are also working to put a new spin on traditional gender roles and empower kids.

Additionally, Nickelodeon launched a new initiative focused on gender equality that saw the kidsnet partner with child rights organization Plan International to bow Together We Rock earlier this year, while Toca Boca recently launched a gender-neutral lifestyle line at US Target stores.