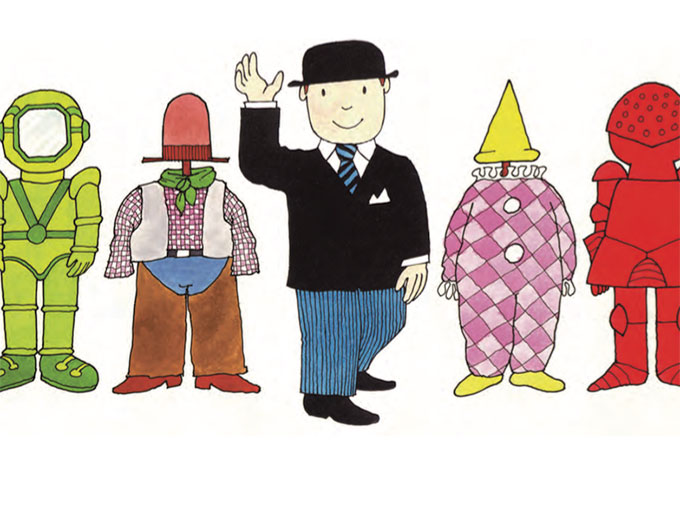 The UK-based animation studio's new licensing and brand management division, Factory Rights, launches in the wake of its acquisition of Rollo Rights.

Manchester, England-based animation studio Factory has acquired UK-based Rollo Rights in a move that will see the prodco develop its own IP under a new licensing and brand management division called Factory Rights.

The acquisition gives Factory access to a catalog of brands including David McKee’s classic Mr Benn (pictured), Rupert Fawcett’s Off The Leash, King Rollo and Towser.

Since launching in 2010, Factory has developed and adapted its own IP, beginning with Strange Hill High and Newzoids. With the acquisition of Rollo Rights and the launch of Factory Rights, the company is developing a rights-ownership arm to support its studio production business.

Factory Rights’ inaugural series will be Off The Leash TV, a 2D-animated version of Rupert Fawcett’s cartoons about dogs that will live on its own YouTube channel. Further licenses are set to follow.

Clive Juster, who along with David McKee owned Rollo Rights, will remain on the board at Factory Rights to advise and assist with the new division. Together with Leo Nielsen, McKee and Juster formed UK animation house King Rollo Films 37 years ago. To help celebrate its quarter-century birthday in 2005, and to better exploit a growing catalog of properties, King Rollo Films spun off Rollo Rights to manage all existing IP, as well as any new projects the shop churned out. (At that time, Nielsen assumed sole ownership of King Rollo Films.)

According to Factory, an experienced team will be built to develop the new initiative. Previously, Factory partnered with Coolabi to co-produce stop-motion animation series Scream Street.