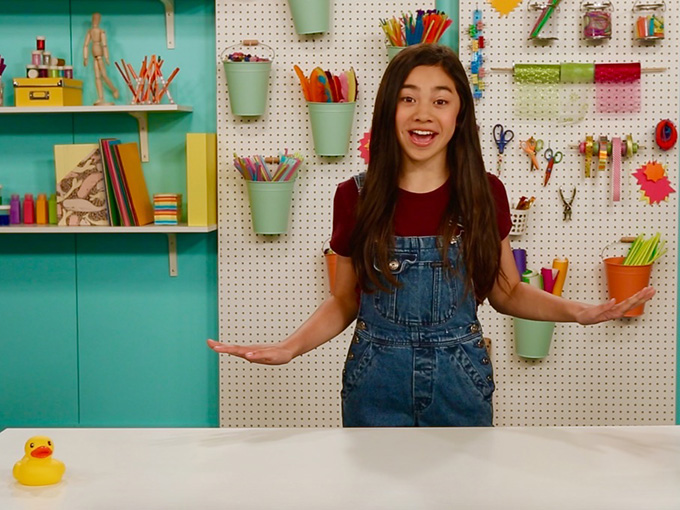 Toronto, Canada-based prodco Bristow Global Media is getting into kids factual content for the first time with a slate of original productions. Perhaps best known in the kids space as producer of Corus-owned YTV’s interstitial content and various specials for Corus Kids, Bristow is ramping up with new TVO series It’s My Party and three digital series for YTV’s YouTube channel.

Currently in production in Toronto, It’s My Party is 13 x 22-minute series for kids ages six to nine that takes viewers into different communities across Canada to explore a variety of cultural celebrations and ceremonies. In each episode, two kids who have never met before are paired up—one as a party guide and the other as a VIP guest—and parachuted into new cultural experiences, participating in challenges and games connected to the food, fashion and festivities of celebrations including the Hindu Festival of Holi and the Vietnamese Moon Festival.

The series, which will premiere in 2018, is produced by Bristow, in association with TVO, with financial support from the Shaw Rocket Fund and the Canada Media Fund (CMF). Julie Bristow, Marlo Miazga and Daniel Bourré are executive producing for Bristow alongside Marney Malabar and Marianne Lambert for TVO.

A fourth series, How Much is 2 Much?, will be added to the lineup this September and will focus on kitchen and backyard experiments.

According to Bristow, the move into unscripted kids content exemplifies how the four-year-old company continues to bring new talent, concepts and business models to its partners. “For It’s My Party, the former public broadcaster in me is thrilled to be able to create content that is part social experiment and all entertainment. Since TVO put the project into development in the spring of 2017, we’ve worked together closely on finding the right story beats and are thrilled with the format,” says Bristow.

As for distribution, she says that Diane Rankin and her team at Distribution360 will sell the series in both its original form, as well as a localized format. D360 has also picked up distribution rights to the other productions previously mentioned.

“[D360] sees great potential in many territories that have populations as diverse as Canada, and they are particularly excited to have such a culturally rich and fun series for kids that will resonate worldwide,” she says.

Despite the competitiveness of the industry, Bristow is optimistic for the company’s growth. “We are extremely excited to be building out our kids business in the unscripted genre. The biggest challenge is harnessing and executing all the good ideas that flow when you are creating original content with a super talented development team.”