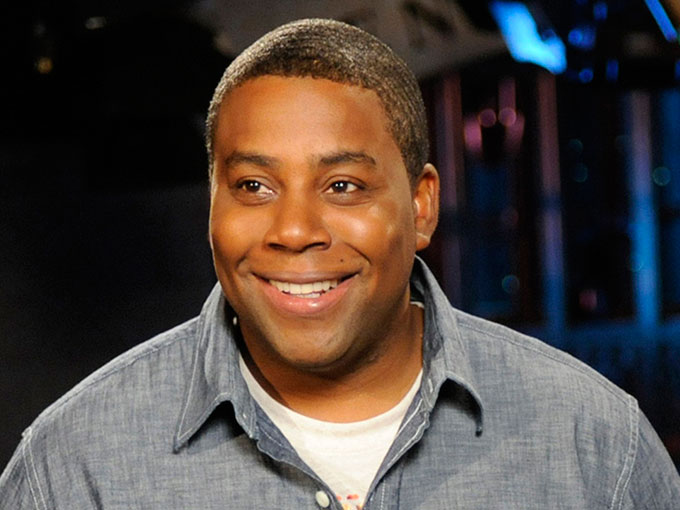 Chief content officer Albie Hecht dishes on his startup's new sketch comedy series that brings SNL and All That alum Kenan Thompson (pictured) back into the kids TV fold.

It’s been a long time since the kids space has had a runaway sketch comedy hit. Nickelodeon’s All That, which ran for 10 seasons between 1994 and 2005, arguably holds the current title. So it’s not surprising that ex-Nick president Albie Hecht is returning to the under-plumbed well for the first series being produced by startup pocket.watch. The L.A.-based media company’s chief content officer has tapped one of All That‘s original cast members, Kenan Thompson, to help lead production on Skoogle, a sketch comedy series designed for a new generation.

Live-action Skoogle (10 or 13 x half hours), follows in the vain of traditional sketch comedy series, with a sketch troupe, cameos, musical performances and recurring characters driving the action. But there’s a twist. The show revolves around a digital assistant similar to Amazon’s Alexa or Google Home, which is voiced by Thompson. (He is also exec producing along with Hecht. Josh Server (All That) and Mason Gordon (Slamball) are on-board as producers.) The series will satirize the advent of digital assistants, as well as social media, streaming platforms and other technology related to the digital age. Casting for a group of kid actors between the ages of eight and 18, and two adults, to star in the series is currently underway.

“I’ve been developing our slate by looking for white spaces, and I don’t see a sketch comedy out there, which I know can be an incredibly successful format and kids love it,” contends Hecht. “And when you think of the ability of sketch to succeed, with the viral nature of content today–the way James Corden has and even SNL–it’s too good to pass up.”

He’s also looking at the new show as a launch pad for new stars and spin-offs. “You have so many advantages to doing sketch, with it being a development lab for all these other shows and movies and talent it’s a very compelling proposition to be our first show,” he notes. (All That had spin-offs like The Amanda Show, made Nick Cannon and Jamie Lynn Spears famous and spawned cult-classic movie Good Burger, for example.)

As for the genre’s reputation that it’s too expensive, difficult and unpredictable to produce, Hecht says that his and Thompson’s experience can navigate these issues, and the potential rewards are too big to ignore. (Hecht would not reveal the production budget for Skoogle.)

A broadcast home, whether a traditional linear network or digital, has not been named. Hecht says pocket.watch is in talks with distributors and expects to launch Skoogle in fall 2018. The startup is also working on several other series, but it has high hopes that Skoogle will also become somewhat of a development program for the company.

Hecht launched pocket.watch with Jon Mooves and ex-Disney/Maker exec Chris Williams in March 2017, raising US$6 million in Series A funding for its kick-off. It is looking to acquire, create and distribute content for kids ages two to 11 across all platforms.