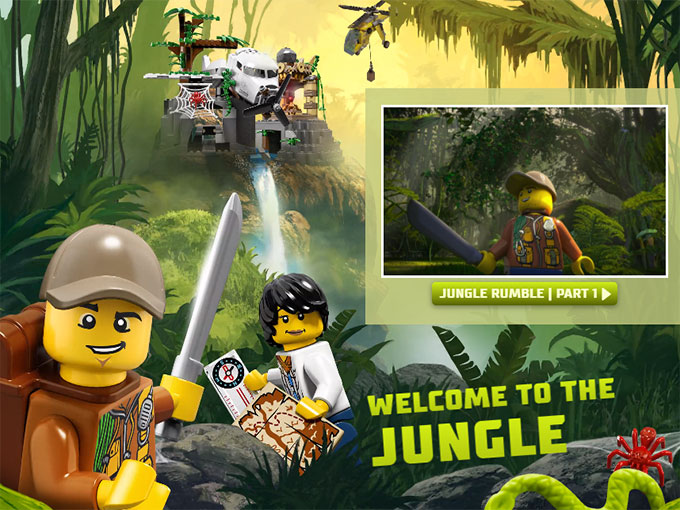 The companies are launching an online educational hub and a US-based competition, all in the name of the jungle.

National Geographic Kids and Lego City have joined forces to teach kids about jungles and preservation through toys, magazines and an online hub. Andres Ruzo, a National Geographic explorer known for his work exploring the Boiling River in the Amazon, is spearheading the project.

The Lego City Jungle sets will include vehicles and mini-figures Ruzo has helped to create that highlight the diversity of jungle habitats, animal species and the importance of conservation.

The Lego Group and Nat Geo Kids will also launch a competition to win a seven-day Costa Rica family trip with National Geographic Expeditions to explore the jungles in Central America. The winning family will see everything from the treetops, to the volcanic canyon landscapes of Rio Blanco.

The competition is open to US kids ages six to 16. To enter, children have to imagine something they could discover in the jungle and then draw it or build it with Lego bricks. More information can be found on the Lego website.

Nat Geo will also release a special jungle-themed issue of the Nat Geo Kids magazine. In subscriber editions there will be an “Explorer’s Handbook” that acts as a mini-guide for everything kids need to know about the jungle. The magazine will hit US newsstands on August 9.

The two companies are also releasing an online hub to learn about and explore the jungle on the Nat Geo Kids website. It is filled with jungle facts and activities including special videos following Ruzo and his Lego companions in the Amazon. Additional content is also available on Lego’s website.