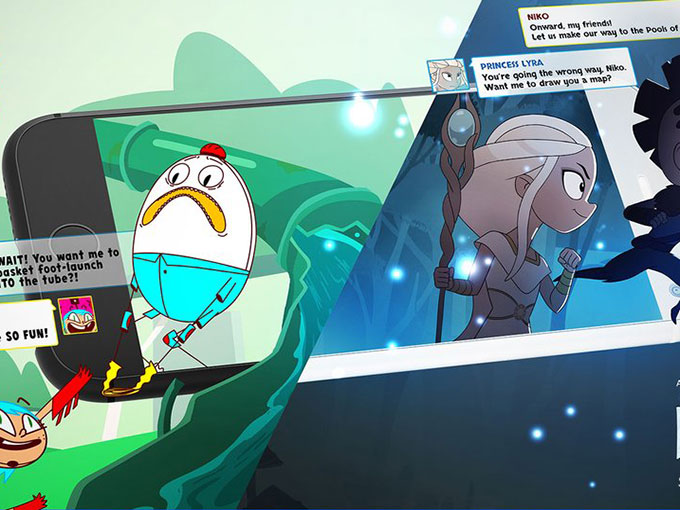 Short stories based on Niko and the Sword of Light and Danger & Eggs are hitting Amazon Rapids, the company's text-like reading app.

Amazon is creating short stories based on two of its original kids series for the e-commerce giant’s kid-friendly reading app, Amazon Rapids. Niko and the Sword of Light and Danger & Eggs will be the first stories to join the app’s new Signature Stories section, which is designed for kids ages five to 12.

Released in November, Amazon Rapids is a subscription-based offering of stories told in small text-message style snippets—which appear as if the characters are messaging each other. The app includes hundreds of original stories, but the new Signature Stories collection marks the first time the platform is featuring content based on Amazon Studios originals.

The upcoming  Niko and the Sword of Light  story will include the voice talent of Tom Kenny (SpongeBob SquarePants). (Niko‘s pilot premiered back in 2014, and the toon’s first season bows on Amazon Prime this month.)

The Signature Stories installment inspired by Danger & Eggs, which was just released on June 30 in the US and UK, features Aidy Bryant (Saturday Night Live) as teal-haired stuntwoman D.D. Danger.

According to Amazon Studios, additional brands, characters and voices will be hitting Rapids in the coming months.