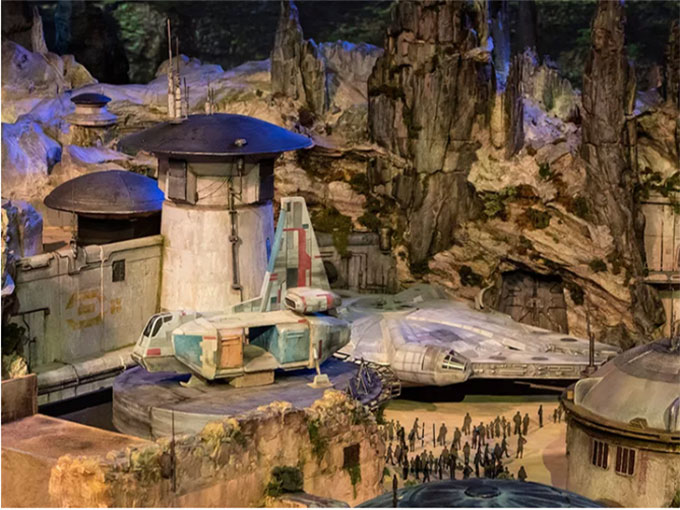 Disney Parks and Resorts is meeting its recent sales boost with a flurry of announcements that include the first Mickey-themed ride-through attraction and the official name of its highly anticipated Star Wars land.

Disney is having more than a little fun with its second-largest division. After the House of Mouse’s Parks and Resorts revenue increased by 9% to US$4.3 billion in Q2 2017, the company has announced more than a dozen new attractions and experiences for its global entities.

Pixar, meanwhile, is ready to increase its presence at Disney’s parks and resorts with a number of new attractions. Beginning next year, Pixar Fest will take place at Disneyland Resort for a limited time, and there are also plans to see Pixar Play Parade return to Disneyland Resort, this time at Disneyland Park. Toy Story Land will also open next year at Disney’s Hollywood Studios. Additionally, Pixar Pier will soon open at Disney California Adventure featuring characters from films like The Incredibles, Toy Story and Inside Out.

Disney is also bringing its Star Wars theme park plans closer to reality, officially announcing that Star Wars: Galaxy’s Edge will open at Disneyland Park in Anaheim in 2019, with the second following at Disney’s Hollywood Studios in Orlando. The new lands will include two anchor attractions, one of which puts guests in the middle of a battle between the First Order and the Resistance. Guests at Star Wars: Galaxy’s End will also have the chance to fly the Millennium Falcon and meet fan-favorite characters like BB-8, Chewbacca and Kylo Ren.

There are also plans to update Epcot, completing the transformation that started with the debut of New Fantasyland in 2014. Ahead of the 50th anniversary of Walt Disney World in 2021, these additions are intended to realize the original vision for the park. A Ratatouille-themed experience will soon be added to the France pavilion at the World Showcase, and Epcot will also see an e-ticket attraction inspired by Guardians of the Galaxy open its doors. Future World will soon be home to the new Green Mission at Mission: SPACE, as well as an updated Orange Mission and a new restaurant.

It was also announced that a Tron-themed experience—based on the highest-rated attraction at Shanghai Disneyland—is coming to Orlando’s Walt Disney World Resort. The attraction will be added in a new area near Space Mountain at Magic Kingdom. Additionally, a new live-entertainment theater will soon lift its curtains on Main Street, U.S.A., based on the iconic Willis Theater in 1920s Kansas City.

Disney also unveiled new lodging and transportation options for its parks and resorts. An immersive Star Wars-themed hotel will open at Walt Disney World Resort, touted as the House of Mouse’s most experiential concept ever. Additionally, Disney’s Hotel New York – The Art of Marvel at Disneyland Paris will feature heroes including Iron Man, Spider-Man and more, with costumes, art and films displayed in the style of a contemporary art gallery. It was also announced that the proposed 15th Disney Vacation Club property Disney Riviera Resort will come to Walt Disney World Resort near Epcot.

Late last year, Disney poured more assets into its Shanghai theme park for a Toy Story-themed land. The new land is part of an accelerated expansion plan for the first phase of the theme park, with additional experiences expected to be announced soon.