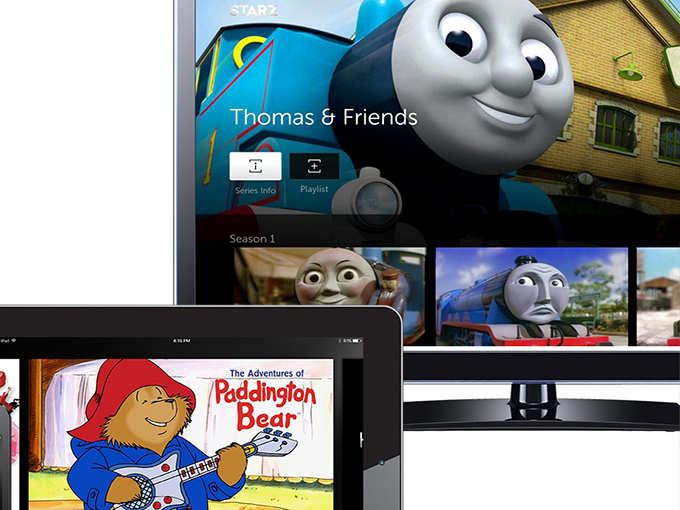 The app's kids offering will grow to more than 2,000 TV episodes and movies, including Bob the Builder and Thomas and Friends, by the end of this year.

US premium cable and satellite network Starz is set to grow the kids library of its popular new app service and OTT offering, which will swell to more than 2,000 television series episodes and movies for download or streaming by the end of 2017.

New series heading to the app and OTT include Bob the Builder and Thomas and Friends, and more than 60 additional kids titles are expected to launch, like The Jim Henson Company’s The Wubbulous World of Dr. Seuss and Jim Henson’s The Storyteller, Portfolio’s The Cat in the Hat TV specials, VIZ anime series Naruto and 9 Story Media Group’s Garfield and Friends.

Other new content will include Alf, Speed Racer: The Next Generation, Kid Diners and Zatch Bell!

The new acquisitions follow Starz’ recent deal with Toronto-based Distribution360 for US pay-TV and SVOD rights to Skatoony, Snapshots, The Mystery Files, The Prime Radicals and Atomic Betty.

Since the Starz app launched in April 2016, kids programming has grown tenfold to nearly 1,250 television series episodes and movies. To put the growth into perspective with the app’s overall offering, Starz has bolstered the app’s library by more than 125% over the past 14 months to 5,500 titles. An additional 2,200 titles representing 40% more content (including kids programs) will be added by year’s end.

The app, to date, has more than one million subscribers and was named one of Apple TV’s “10 Best Apps of the Year” in December 2016. It is currently offered on a variety of devices including select Samsung Smart TVs, Amazon Fire TV, Xbox One, Apple TV, Sony Android TV, iPhones and iPads running iOS 8.0 or higher, Roku, as well as most Android phones, tablets and TV devices.