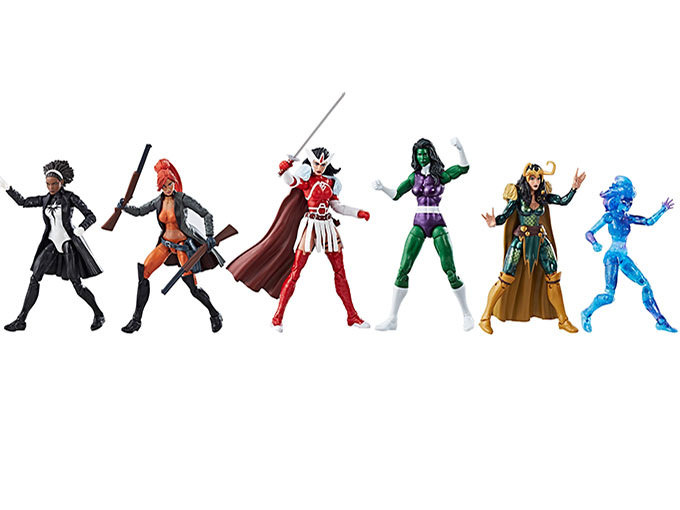 The toys will be available for a limited time at Comic-Con International in San Diego and on the retailer’s website.

Toys “R” Us is ready to fuel the fandom at this year’s Comic-Con with a collection of exclusive toys. The limited line, curated specifically for this year’s Comic-Con International in San Diego, features items from some of the world’s biggest entertainment brands, including Marvel, WWE, Transformers and Power Rangers.

In addition to the exclusive products—which include action figures and dolls like POP! Movies: Scott Pilgrim Plumtree Tee from Funko and Marvel Legends A-Force Heriones Pack from Hasbro (pictured)—the retailer is offering a number of deals and discounts to customers across the US from July 16 to 22. Additional limited playthings include Star Wars The Black Series figures and a WWE Heavyweight Replica Title Belt.

The exclusivity of these products plays into the current trend of collectibles. Market research firm The NPD Group reports that collectibles grew by 33% in the US in 2016, with the category representing 9% of total US toy industry sales and raking in US$1.8 billion last year.

Last year, Melbourne-based Moose Toys—a leader in the collectibles category—marked its first-ever appearance at Comic-Con International with the debut of its Jessicake Limited Edition Golden Cupcake. The exclusive doll was limited to 2,000 units worldwide and sold exclusively at the convention, making it the rarest doll to join the Shoppies line.