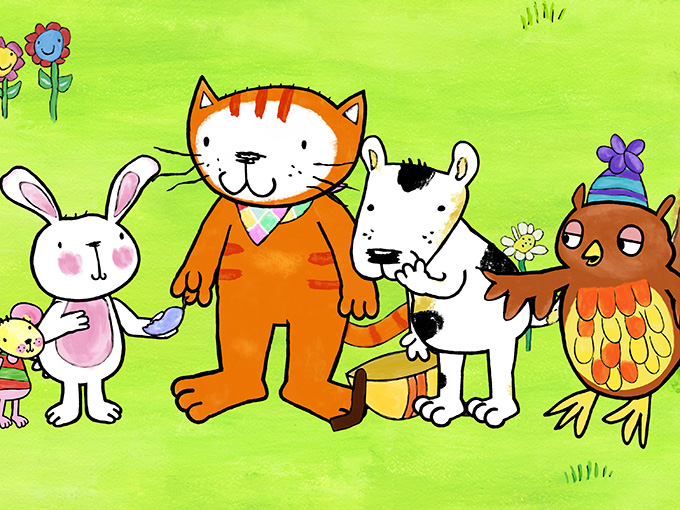 Kicking off later this month, the Viacom-owned block's remodeling will include a new logo, a special week-long programming event featuring new acquisitions like Poppy Cat (pictured) and the launch of the first-ever Milkshake! YouTube channel.

Viacom-owned Channel 5 UK is revamping its popular Milkshake! preschool block for the first time in more than a decade.

The brand refresh, which is scheduled to launch on July 24 at 6:00 a.m., will include a new on-air logo and opening title sequence, as well as an “All New Week” event schedule. The makeover will also introduce the first-ever Milkshake! YouTube channel.

Announced today by Channel 5′s new head of children’s Sarah Muller at the Children’s Media Conference in Sheffield, the refresh is aimed to keep up with today’s media-savvy kids and help future-proof Milkshake! for upcoming generations of children.

For its “All New Week” schedule, the block will feature new eps of hit shows including Peppa Pig and Thomas and Friends, along with brand-new acquisitions Poppy Cat and Simon from London-based Coolabi and Paris-based GO-N Productions, respectively.

The Milkshake! YouTube channel, meanwhile, will also launch with audience favorites, as well as the block’s presenter-lead short form features.

Further touches include a bigger studio to allow more room for in-studio crafting and dance activities. The space was designed by Yeen Trinh and Sylwia Bernatowicz and project managed by Mel Czaja—the same creative group behind the new Milkshake! logo and opening title sequence.

During the on-air celebration, the studio will also welcome new Milkshake! presenters and costume characters.

Since its debut in 1997, this year, to date, has been Milkshake!’s best ever in terms of ratings for kids ages four to 15, as well as the 16-to-34 audience. Milkshake! programming has also generated more than 10 million monthly views on Channel 5′s digital platform My5, and the network is committed to airing 600 hours of UK-originated kids’ programs per year.