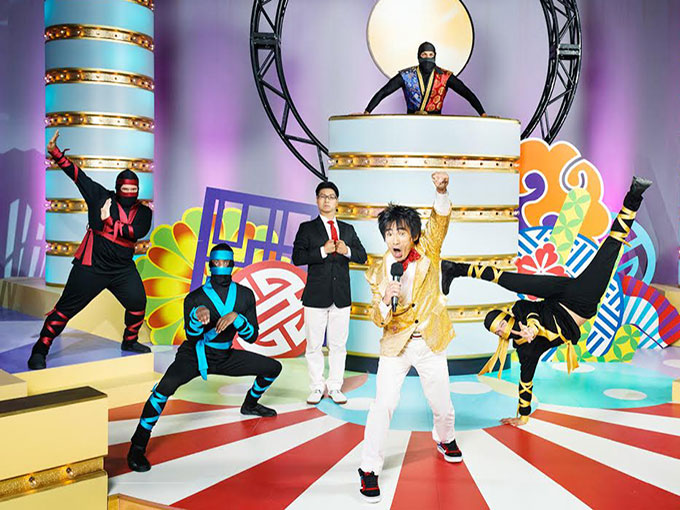 The Toronto distributor has secured international pick-ups for a slate of kids content from GAPC, marblemedia and Apartment 11.

Toronto, Canada-based Distribution 360 has sold more than 220 hours of kids and family content around the world, as the company gears up to seek out more global titles at next week’s Children’s Media Conference in the UK.

GAPC’s mathXpolosion (50 x three minutes), a math-themed entertainment series for Canada’s TVOKids, is headed to Da Vinci Media across its channels in 105 countries, including Africa, the Middle East and Turkey, as well as to Israel’s Hop! Media Group and AB Groupe in France, Asia and French-speaking Europe. AB Groupe also picked up GAPC’s The Prime Radicals (52 x 15 minutes), a live-action series about two cousins who go on math adventures.

marblemedia’s game shows Japanizi: Going, Going, Gong (40 x 30 minutes, pictured) is headed to Australia’s ABC Me Channel, while its Splatalot (52 x 30 minutes) competition series has been fully licensed to Global TV Indonesia and Barind Media Bangladesh. Its preschool series This is Scarlett and Isaiah (13 x 30 minutes), co-produced by Toronto’s Sinking Ship, is taking to the sky through  Korean Airlines and Czech Airlines. The series follows two hosts as they explore the world through a preschooler’s perspective.

The first two seasons of Apartment 11′s The Mystery Files (26 x 30 minutes), which follows a group of kids as they unravel the mysteries of a box left to them by their great aunt, is headed to Israel’s Hop! Media Group, while its short preschool-oriented word shows Alphabet Stories (26 x 1.5 minutes) and YaYa & Zouk (75 x five minutes) will both land in Russia, the Baltics and the CIS region on Studio U-7 channels.

Canadian education company Distribution Access has also taken educational rights to mathXpolosion, The Mystery Files, Alphabet Stories, This is Scarlett and Isaiah and The Prime Radicals for the US and Canada. It has also picked up Ottawa’s Victory Art’s preschool series YOUniverse and Toronto-based Positive Production’s Planet Echo (52 x 30 minutes), in which a pair of brothers embark on an intergalactic journey, for the same region.