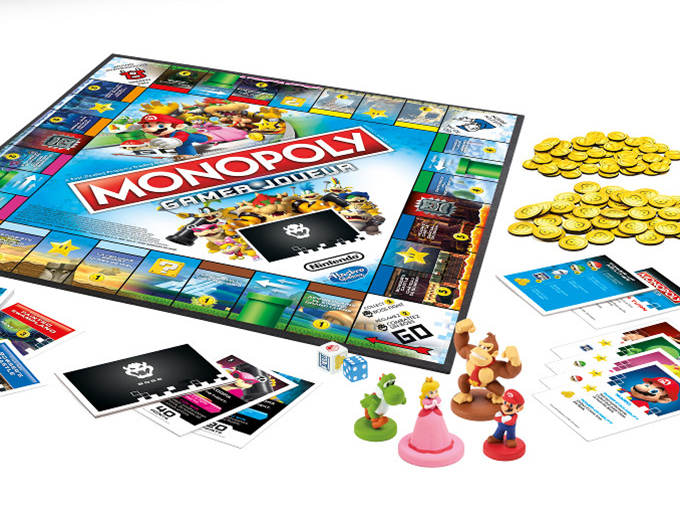 Monopoly powers up with Nintendo edition

On the heels of 43% revenue growth in its games category, Hasbro has partnered with Nintendo on a new gamer-inspired Monopoly edition.

The gamer twist on the iconic board game lets players complete levels and collect coins, instead of traditionally buying property and using paper money. And in a Monopoly first, whether you’re Bowser, Donkey Kong or Princess Peach, every character token has its own unique power-up ability.

For example, if Princess Peach lands on the Super Star board space, it activates her Super Star power-up ability to collect rent from the bank. In addition, players can roll a power-up die to activate special power-up boosts and battle legendary bosses along the way.

The standard edition of the game for kids ages eight and up will be available this August at mass-market retailers for a suggested retail price of US$24.99. Extra Power Packs featuring one of several Super Mario character tokens including Luigi, Boo, Rosalina, Wario and Diddy Kong will also be sold separately for US$2.99 apiece.

A collector’s edition of the game featuring premium packaging and a bonus Bowser token is currently available at US GameStop locations. It will also be available for online purchase through additional retailers later this year.

To date, the Monopoly brand reaches more than one billion players in 114 countries worldwide, and has been integrated across numerous platforms and formats including live events, fashion licensing and digital gaming.

The launch of Monopoly Gamer Edition comes as the games and puzzles category in 2016 recorded its highest worldwide growth—up 8% to US$9.5 billion—since 2002, according to new data from global market research company Euromonitor International. Games also drove Hasbro’sQ1 sales with 43% growth in revenue to US$142.9 million.