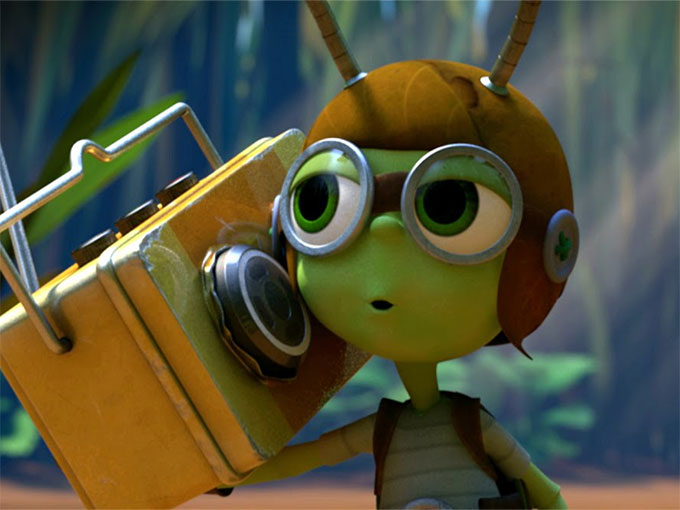 The toyco is partnering with UK tech company Chirp to launch Beat Bugs interactive toys that interact with the Netflix original series in real time.

Upcoming Beat Bugs toys will sing along with the TV show, and with each other, in real time. The series co-produced with Beyond Screen Production, Grace: A Storytelling Company and Thunderbird features re-imagined versions of famous Beatles songs performed by popular recording artists like Jennifer Hudson, Eddie Vedder, The Shins and Robbie Williams.

Chirp’s proprietary technology encodes data into a series of pitches and tones that form a sonic barcode, which is then interpreted by a receiving device. In its partnership with Hijinx, Chirp customized its technology to interact with select audio from Beat Bugs. The toys recognize portions of the series itself, which means they are interactive without the need for traditional internet connectivity. As a result, Hijinx says the toys are safe and secure.

Retailers including Target in the US and UK-based Tesco will carry the upcoming interactive toys. Earlier this year, licensing company Centa IP and Australia’s Grace: A Storytelling Company partnered with both retailers to launch global consumer products based on Beat Bugs, including toys, publishing, consumer electronics, apparel and accessories.

Hijinx will also work to embed the Hijinx Alive powered by Chirp technology into toys across its portfolio, including those for Ink Global’s upcoming series Zafari, for which it was recently named master toy licensee. Slated to hit retailers in fall 2018, the Zafari toy line will span plush, figurines, collectibles, creative and role-play categories.