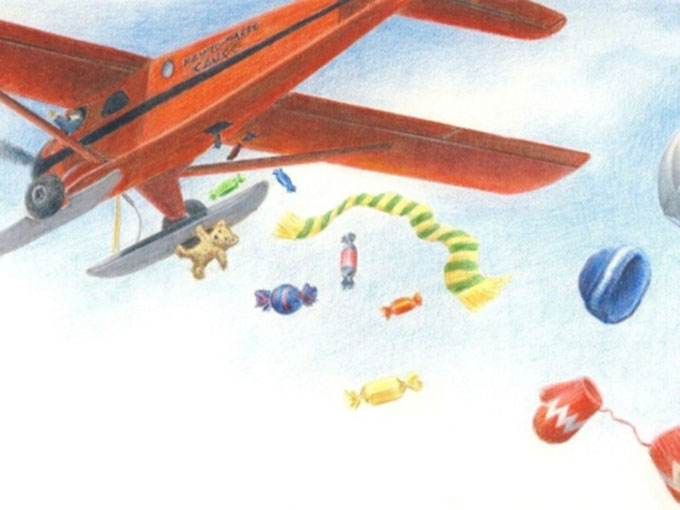 Ottawa, Canada-based producer and distributor Amberwood Entertainment has started production on an animated holiday special entitled The Great Northern Candy Drop, which will premiere on Canadian pubcaster CBC in December.

Starring Lorne Cardinal and Tantoo Cardinal, the half-hour special tells the story of famed Inuk pilot Johnny May and his traditional holiday flight to drop candy, toys and warm clothing to children and residents in the Kuujjuaq community of Nunavik. The Great Northern Candy Drop is based on the 2015 children’s book The Kuujjuaq Christmas Candy Drop (pictured), published by the Canada Aviation and Space Museum.

The family-friendly primetime special is written by Kris Pearn (Cloudy with a Chance of Meatballs 2, Arthur Christmas, Shaun the Sheep), animated by Ottawa’s Jam Filled Entertainment and distributed by Boat Rocker Rights.

Also last year, Amberwood Entertainment partnered with Canadian pubcaster TVO on the animated preschool series Wolf Joe, which follows a young First Nations boy as he embarks on adventures in the northern wild with his best friends.