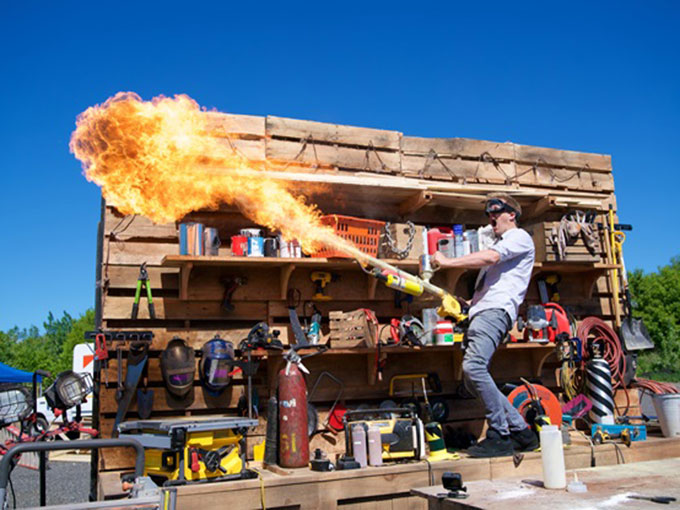 The Canadian prodco has started production on Furze World Wonders, which will join the subscription streamer's growing lineup of Red Originals for Families content.

Furze World Wonders follows YouTube star and garage inventor Colin Furze as he whips up unique creations. In one episode, for example, Furze creates a water rocket for a brother/sister duo looking to get into the Guinness World Record books. The 10-episode, half-hour series is currently filming in the Toronto area. It will be available to subscribers on YouTube Red and the YouTube Kids app, though no launch date has been announced.

Launched in 2015, YouTube Red gives subscribers in the US, Australia, New Zealand, Mexico and Korea access to original movies and series, as well as ad-free experiences across its platforms. (YouTube Kids officially joined Red last August.)

Furze World Wonders joins the Google-owned platform’s Red Originals for Families lineup, which was introduced earlier this year at Kidscreen Summit in Miami. Previously announced Red Originals series include Hyperlinked, DanTDM Creates A Big Scene, The Kings of Atlantis and Fruit Ninja: Frenzy Force, all of which are making their debuts this year.